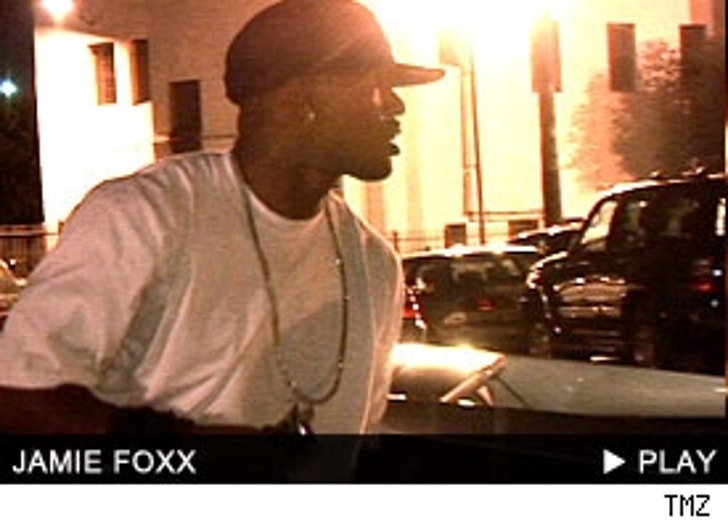 It was a busy weekend on the West Coast as TMZ hit the streets to bring you an exciting edition of Star Catcher.

Jamie Foxx was on hand Friday night at Le Deux, a Hollywood hotspot that attracts a ton of young celebs. The Oscar winner showed up in true pimpin' fashion driving his silver Lamborghini and was escorted into the club by his huge entourage.

Our cameras also spotted Laguna Beach star Kristin Cavallari with boyfriend Brody Jenner leaving Hyde. The two young lovers left the club followed by fans and paparazzi trying to find a cab, but not before TMZ's Josh Levine got a few shoutouts of his own.

All this and much more in this weekend version of Star Catcher.