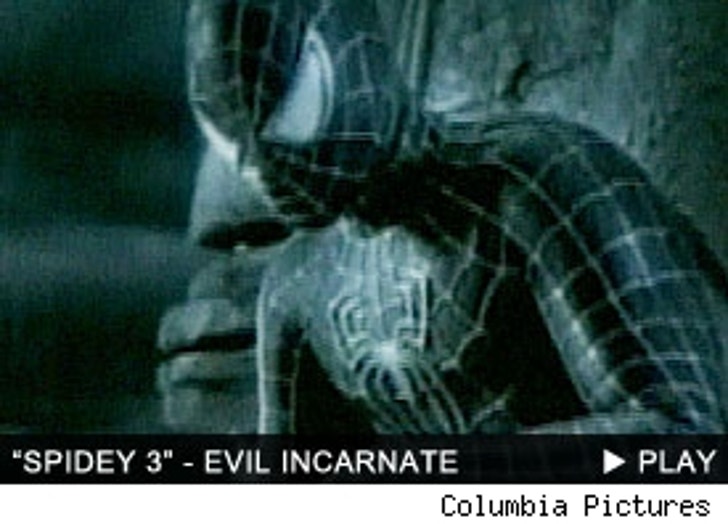 Though "Spider-Man 3" doesn't open until next summer, 5,000 lucky fans got an early look at the new film at Comic-Con, the country's largest comic book convention. The stars of the sure-to-be hit were also on hand and tried to remain tight-lipped about the movie.

A slimmed down Tobey Maguire, who plays the titular hero, was very vague and made the new film sound a lot like "Spider-Man 2." "You know, Peter's dealing with elements of himself and things that have been imposed on him that put him kind of in conflict with himself," says Maguire, "He's got some battling to do."

The new villains offered up a little more. Topher Grace, who plays Venom, says his character embraces his badness. "Well, he just really, really enjoys being evil, which is rare. Usually some of these characters could be tortured. But, I have to say, I think he believes with great power comes great fun."

While Venom is pure evil, it's Thomas Haden Church's "Sandman" who may be more on the fence. "I mean, he's a real guy in the movie, who goes through some changes- hormonal and otherwise...He's just a very disaffected loner who has a mission in the movie, and comes to loggerheads with Spider-Man and a few others and is just trying to work things out."