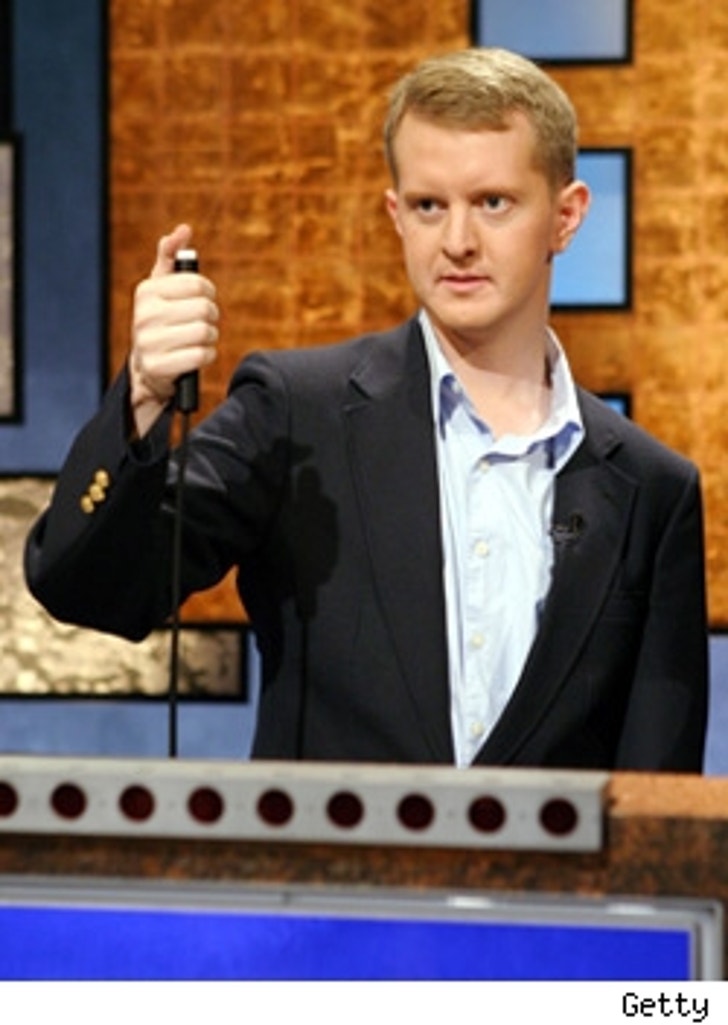 Ken Jennings, who won $2.5 million during a 74-game winning streak on "Jeopardy," has written a tongue-in-cheek advice letter to the long-running game show.

While initial reports portrayed the missive as a slap against the show, Jennings' musings are actually more funny than mean-spirited.

Here are a few bits from ken-jennnings.com:

Maybe when Art Fleming was alive, America just couldn't get enough clues about "Botany" and "Ballet" and "The Renaissance," but come on. Does every freaking category have to be some effete left-coast crap nobody's heard of, like "Opera," or, um, "U.S. History" or whatever? I mean wake me up when you come up with something that middle America actually cares about. I think it would rule if, just one time, Alex had to read off a board like:

Does that really sound like the ramblings of a man completely digusted by the show that made him famous?

Why are there no physical challenges? It doesn't have to be Nickelodeon déclassé, buckets of green ooze falling from the ceiling. It could be tasteful and restrained. Like, if you know the answer, you have to run from your podium to the gameboard, jump up to touch the clue in question, and give the answer. "What is an Arby-Q?" Then you run back to your podium to select again. Some of these contestants, frankly, could use the exercise. Oh, also, there are angry bees.

Ken then signs off on his alleged hate letter to Alex and crew with the following.

You and I have a lot of history, Jeopardy! You know I think the world of you...you're putting my kids through college, for crying out loud! So I think I can be open with you in a way that others just can't. I hope you take this advice in the spirit in which it was offered. Remember, I only criticize because I...