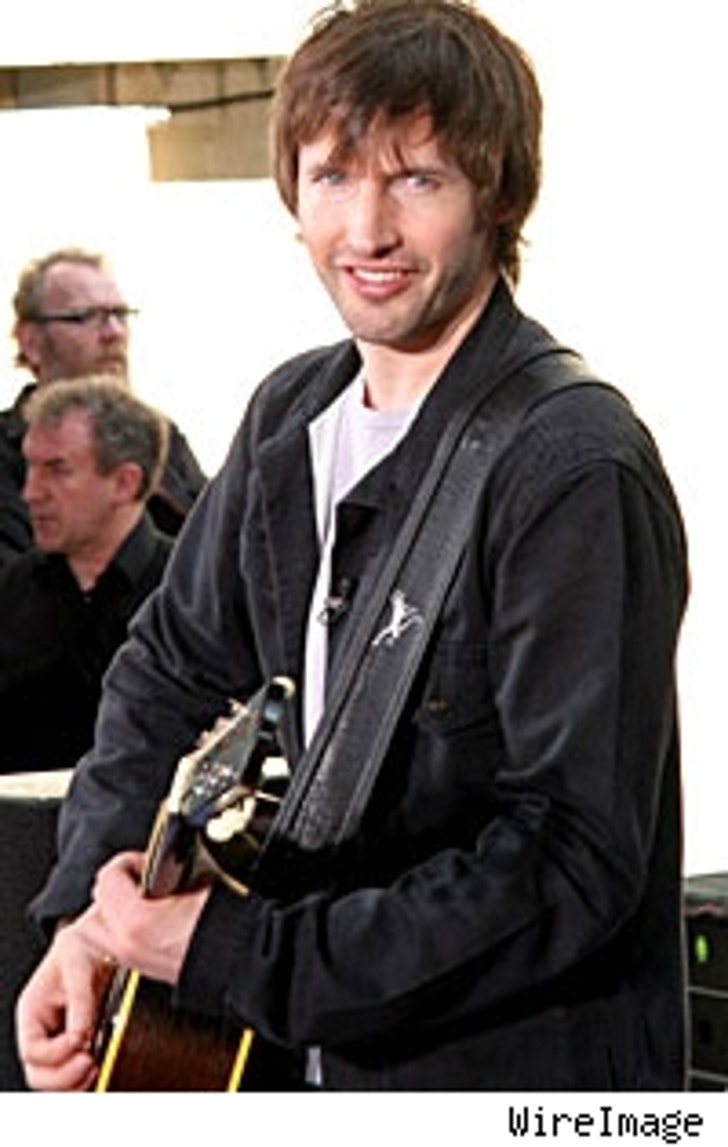 Many times celebrities (as well as politicians!) jump on the bandwagon of a cause without any experience or knowledge of the subject. Not so for James Blunt.

As he gears up for the next leg of his tour, Blunt will be raising funds for Doctors Without Borders, the international medical humanitarian organization. At each venue, a one-on-one after show meet and greet with James is being auctioned at the show's merchandise booth, with all proceeds going to Doctors Without Borders/ Médecins Sans Frontières (MSF). At just ten venues on his spring 2006 U.S. tour, over $35,000 was raised. James' interest in the group comes from first hand observations.

Blunt witnessed the life-saving work of Doctors Without Borders while stationed with the British army in Kosovo, where he served as a reconnaissance officer with the Nato peacekeeping force. One of his songs, "No Bravery," was written in the barracks in Kosovo in response to the genocide he had witnessed during his tour of duty.

Now that is real experience. I see now how he fearlessly wooed Petra Nemcova!