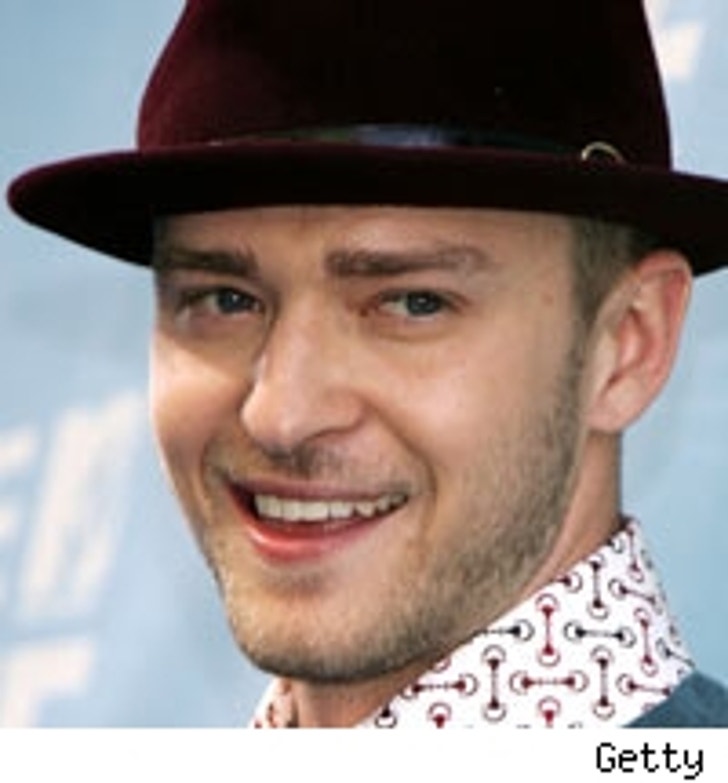 Justin Timberlake's new music video for "SexyBack" had its big premiere on "TRL" today and by the looks of it Cameron Diaz had better be worried. The Timbaland collaboration from JT's upcoming album provides the perfect backdrop for some steamy scenes and the video definitely doesn't disappoint.

The video features Timberlake and a hot woman as spies who start getting down in a hotel room. The two throw each other around violently as things heat up, and one can't help but draw comparisons to "Mr. & Mrs. Smith," though they don't get anywhere near the heights of Brangelina's all-too-real performance.

Sure, it's hot, but there is one part we could do without -- Justin's gay cowboy look. Though it probably wasn't what he was going for, wearing a bandana around your neck and dancing around a bunch of disco balls throws the video off.

While the video as a whole definitely lives up to the "Sexy" part of its name, Matthew McConaughey's recent work-out schedule makes us wonder if "sexy" ever went away in the first place.