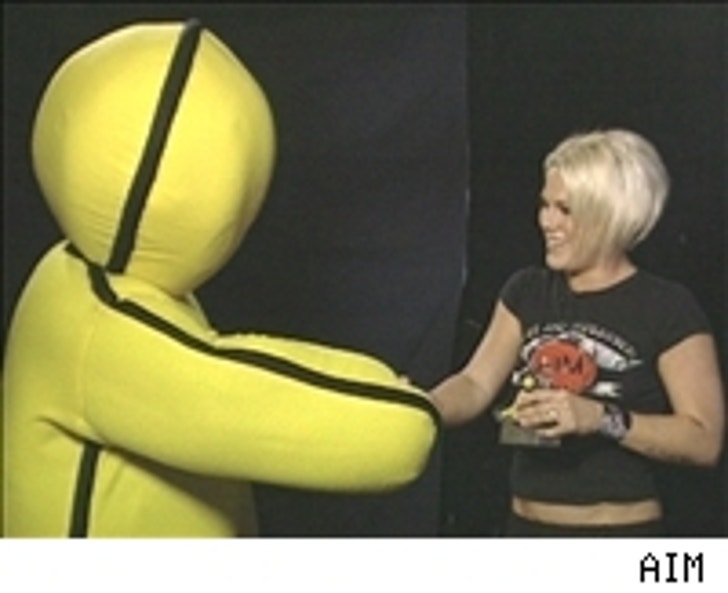 Fans voted the Grammy-winning artist as the musical act they would most like to add to their AIM Buddy List® window.

While a good portion of AIM's 43 million users may have voted for P!nk, it doesn't look like they are buying her latest album "I'm Not Dead."

Released in April and despite good reviews, P!nk's fourth album has yet to even go Gold (i.e. sell over 500,000 copies).

If sales don't pick up fast, it looks like P!nk is going to be in the red.