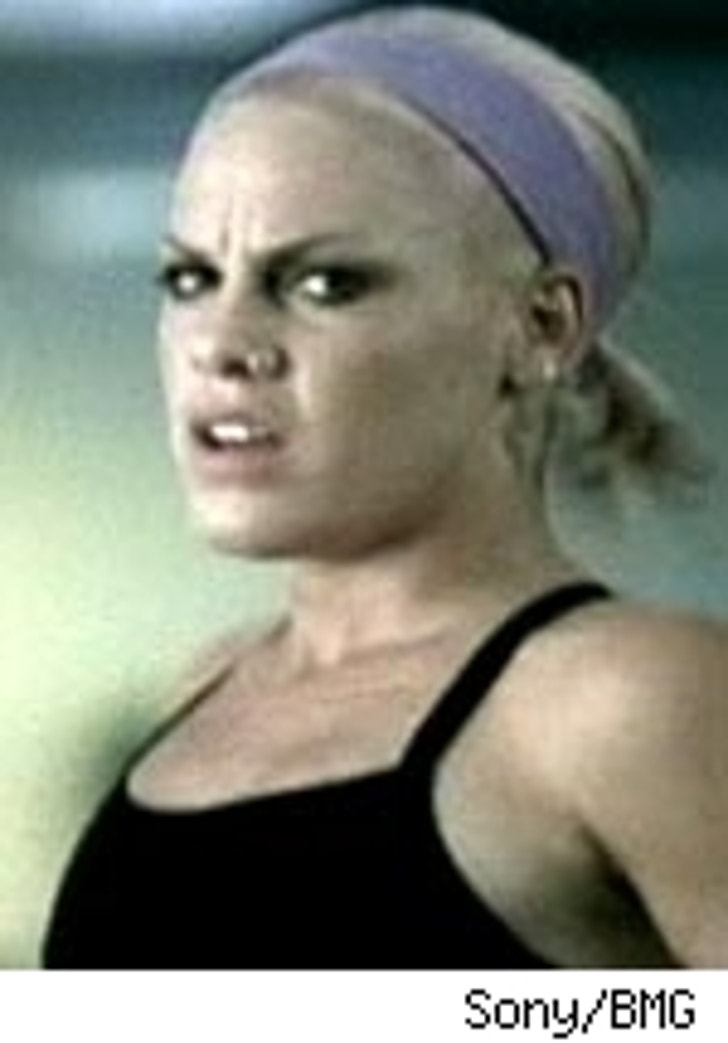 A sold-out crowd came to 'get the party started' as Pink rocked LA's Avalon on Wednesday.

Pink performed all of her hits including "Stupid Girls" - whose video mocked celebs like Paris Hilton and Jessica Simpson - and surprised her fans by dedicating "Don't Let Me Get Me" to Britney Spears.

Pink told the audience she has always loved Spears and wanted everyone to send Brit some "good energy and love because she could use it right about now." This was an evident reference to Spears' recent public turmoil in the press. The crowd reacted by cheering and breaking out in loud bouts of laughter.

Pink is touring in support of her new album "I'm Not Dead" and will hit cities across North America this summer before heading to Europe in September. She will also star in the upcoming horror film "Catacombs."