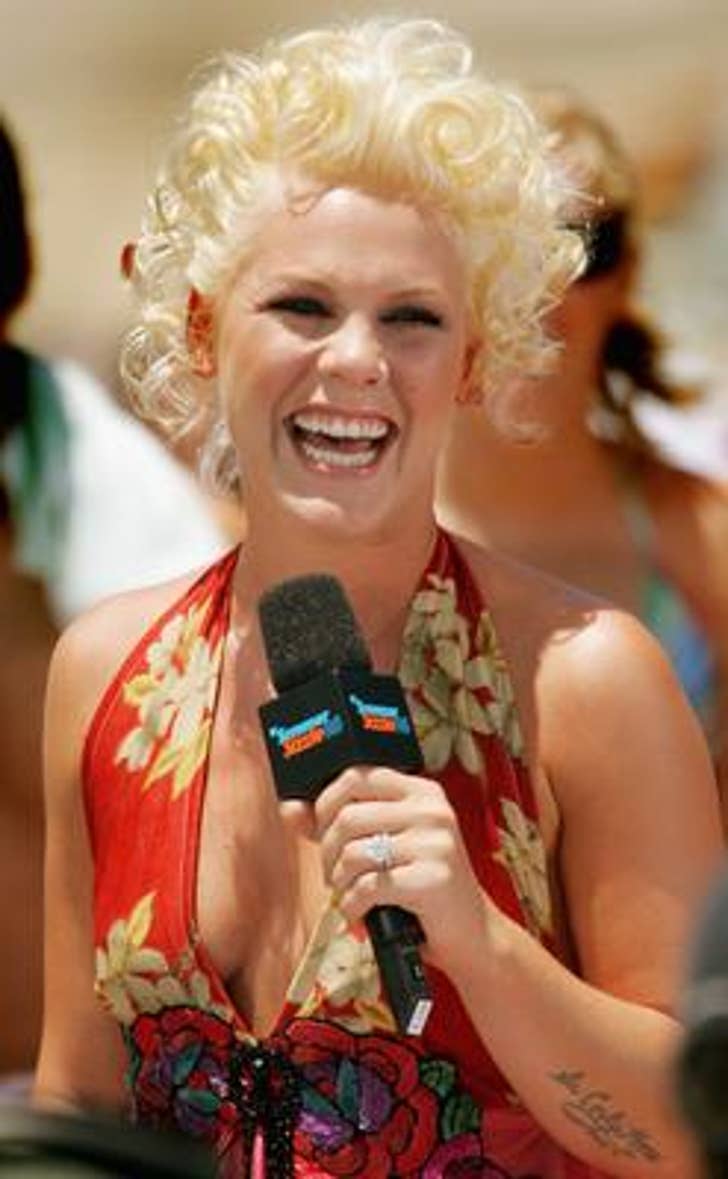 Jewel, Mandy Moore, Jessica Simpson and Britney Spears (and of course, Madonna) have taken their turns in movies, now Pink and Justin Timberlake are the latest popsters to make the jump from stage to the big screen.

Pink is set to appear in the horror flick "Catacombs," produced by the folks who brought you "Saw" and "The Hostel." While she's enjoying touring this summer, Pink also tells Billboard she's excited about the film project:

"It's pretty intense. It's not only a sort of slasher-type, scary movie -- it's also psychological and shows how mean and cruel siblings can be to one another. I liked that part of it."

Justin's got two film projects in the works. Justin appears along side Samuel L. Jackson and Christina Ricci in "Black Snake Moan." According to IMDB, the film is about a "bluesman (Jackson) takes to a wild young woman (Ricci) who, as a victim of childhood sexual abuse, looks everywhere for love, never quite finding it."

Justin is also set to lend his voice to the next Shrek installment with girlfriend Cameron Diaz. In "Shrek the Third," Justin plays a young King Arthur.

We fully expect other pop stars to follow the trend. For example, apparently Avril Lavigne has been telling anyone who'll listen she wants to act as well. I imagine someone will take her up on that offer. Who would you like to see take on a film role?