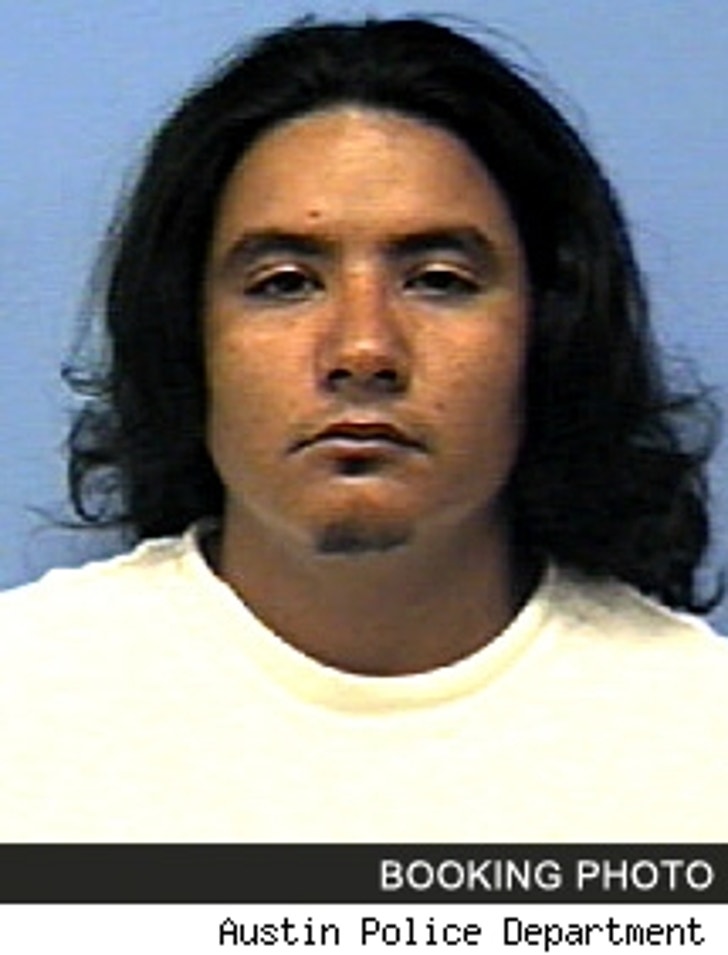 (AP) -- The arrest of the bassist for Los Lonely Boys on allegations he assaulted his fiancee was all a misunderstanding, the band's publicist said Sunday.
Police arrested Joey "JoJo" Sacarais Garza, 26, at an Austin hotel Saturday on charges of assault causing bodily injury and possession of less than 2 ounces of marijuana, authorities said. Garza was released on bond from Travis County Jail hours later.
"This is simply a misunderstanding. We were being too loud," Carina Lyn, Garza's fiancee, said through the publicist. "We apologize to the hotel guests. JoJo and I are very much in love and we are planning to be married."
Garza, Lyn and Garza's sibling-bandmates were celebrating last week's release of the band's new album, Sacred, when another hotel guest reported a disturbance, publicist Diana Baron said.

Police arrived to find a woman who had been assaulted and marijuana, Austin police spokeswoman Laura Albrecht said.

Baron declined to comment on the marijuana charge but said Lyn was unharmed and had protested the arrest.

The Austin police erred on the side of caution, but their actions were "completely unnecessary," Garza's attorney Charlie Roadman said in the release.

Austin police spokeswoman Ruth Bullock said investigators will give a report to the Travis County District Attorney's Office, which will decide whether to press formal charges. In cases of family violence, alleged victims cannot drop charges, she said.

"We can only arrest if visible injury or complaint of pain is there, so undoubtedly the officers saw that," she said.

The band of brothers from San Angelo, Texas, won a Grammy in 2005 for their Tex-Mex rock, and their self-titled debut two years ago went double platinum.