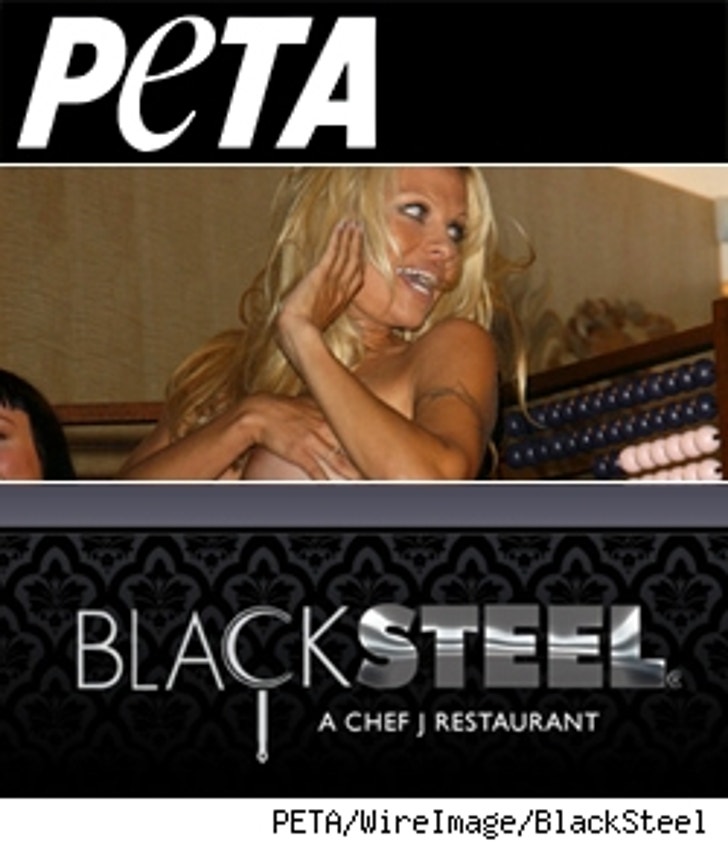 For days now, blogs and websites have been reporting that PETA is up in arms that a restaurant owned by Pamela Anderson, BlackSteel in Hollywood, is serving foie gras. Pam, an ardent supporter of PETA, seemed to have trouble on her hands. Never fear, however, TMZ can confirm that like most rumors spread via the web, this one is wrong.

A post on Pam's official website says that she is not, in fact, an owner of the restaurant. She said she gave $25,000 to her good friend Chef J. (the restaurant's owner), under the condition that he promise not to serve foie gras. She says that if Chef J. reneged on his promise, she'll expect him to donate the $25,000 to PETA

PETA also chimed in on her site, commenting "Pam isn't a partner in BlackSteel and makes no money from it - she just helped with some start up money because she knew the chef. There is no scandal here, just a desperate meat trade front group trying to stir the pot by targeting Pam, who has always been an honest and straightforward PETA ally who is as generous with her friends as she is with her causes."