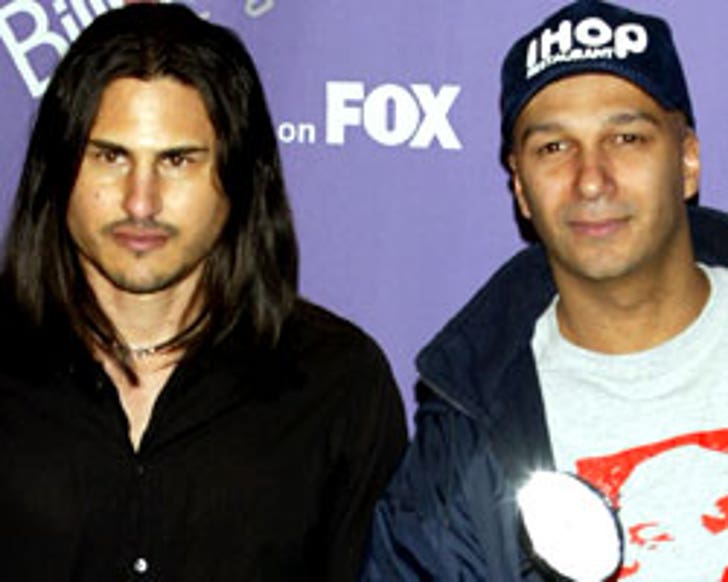 Chris Cornell recently announced he'll be doing the theme song for the next James Bond movie. The announcement stirred some lingering rumors about a possible Audioslave break-up.

"We hear rumors that Audioslave is breaking up all the time. "Even in the beginning, when we were having business problems, and we weren't necessarily going to be a band, we were still going to put out a record. We made a record and we loved it. I think that's where it starts - the idea that we sort of started on shaky ground. "You would hope that by now, putting out our third record, people wouldn't be thinking that way or be worried about it. But it comes up. I always just ignore it."

I like this band. I love Cornell's voice. But, sometimes I want them to take the gloves off and rock out a little more. Maybe they do that live? I haven't seen them yet. Maybe some benevolent PR person will hook me up for the next tour so I can get a different viewpoint... Meanwhile they do show some rockin' promise on "Original Fire" the first single from their new record "Revelations," which hists stores September 5th. You can listen to the song on their website.

"Revelations" was recorded at Henson Studios in Los Angeles with producer Brendan O'Brien, whose credits include Pearl Jam, Springsteen and the mixing of Audioslave's "Out of Exile" record and the "Live in Cuba" CD and DVD. Of course, "Revelations" is also a cultural synonym in some circles for "the end" - so is there a message in this title?