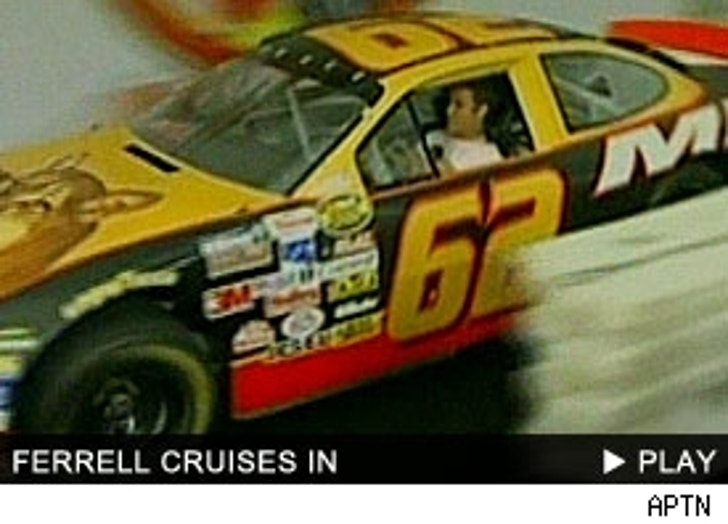 Not satisfied with simply walking the red carpet, Will Ferrell and co-star John C. Reilly showed up to the "Talladega Nights" premiere in race cars, driving them down the red carpet.

Though Ferrell's character in the film, Ricky Bobby, is a racer who embraces risky driving, Ferrell himself said he is anything but.

"I'm a fearful driver. I'm not very much like Ricky himself. I'm pretty much a little old granny out there in my little Toyota Prius. But I'm saving the environment. So there."

For Leslie Bibb, most known for the short-lived WB show "Popular," working with someone as funny as Will was intimidating. "It was just like being at comedy boot camp and I felt like the really slow kid who got the AP class, and I was like, if nobody notices I'll keep the job, somehow it worked out."