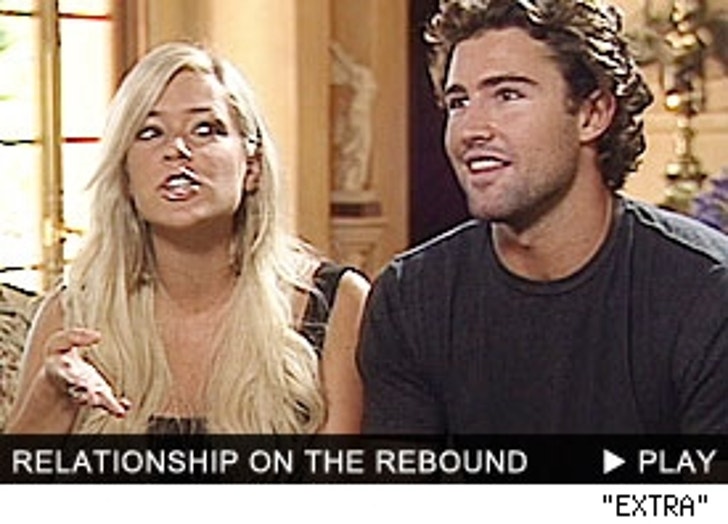 "Laguna Beach" babe Kristin Cavallari and boyfriend Brody Jenner are ready to lay some rumors to rest. After a rough split a couple months back, the two have since reunited and have been spotted around Hollywood hand-in-hand. Though happy now, Cavallari admits the media attention put on the split (and rumored hook ups) was daunting.

"It's hard reading about it, your ex-boyfriend hanging out or hooking up with these other girls, it's just like a stab in the back," says Kristin adding,"I read that I was dating Joaquin Phoenix and I've never even met him."

Jenner says he's the one who made the first move towards reconciliation while Cavallari was shooting a film in Oklahoma. "While she was on set I was thinking about her... I hadn't talked to her, we ended on very sour terms, I just kind of got over it, sucked it all up and texted her 'I love you' ... her text message back was 'beep you!'"

Safe to say that's not the expected reaction but hey, they're back together so something worked!