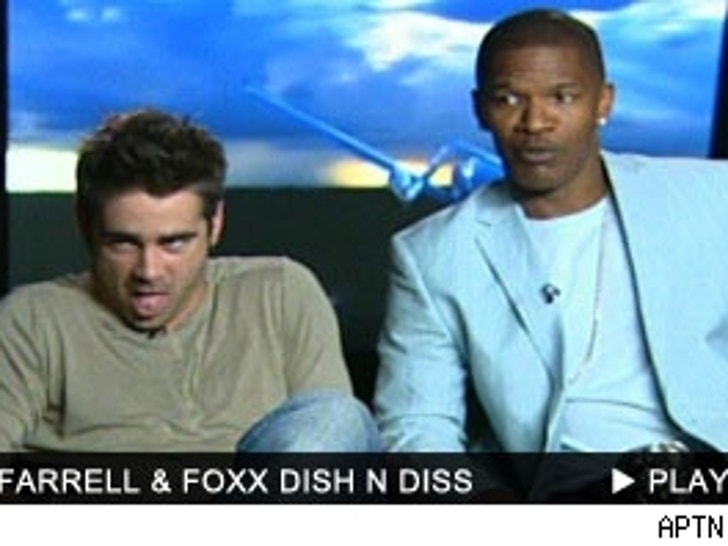 Jamie Foxx and Colin Farrell reveal the truth behind who the real ultimate nightlifer is when it comes to the two of them... and apparently it's Foxx. 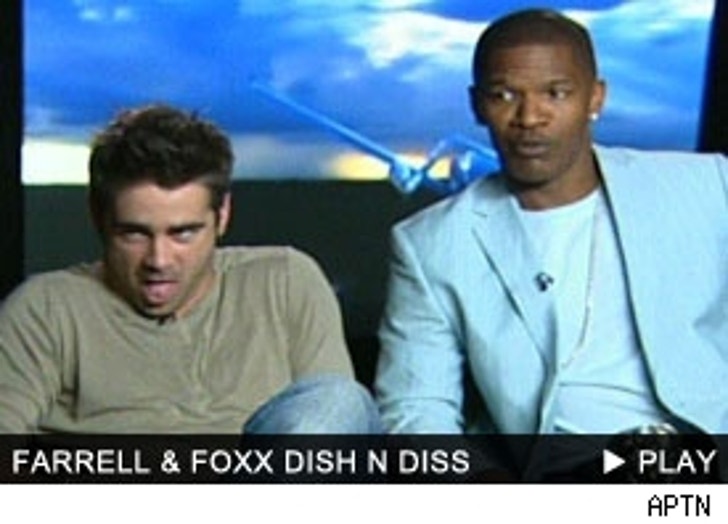 Colin says that while shooting "Miami Vice" he would lock himself in his hotel room while Jamie was out making appearances at Miami's hottest clubs. Don't feel too sorry for the newly sober hunk, it wasn't all Ramada Inn scenery. While filming, Foxx threw an impromptu birthday bash for Farrell and a party for hurricane Katrina, where Farrell auctioned off a date with himself. The winner? Seven girls that each pitched in $1,000. Wow! He's cheap!