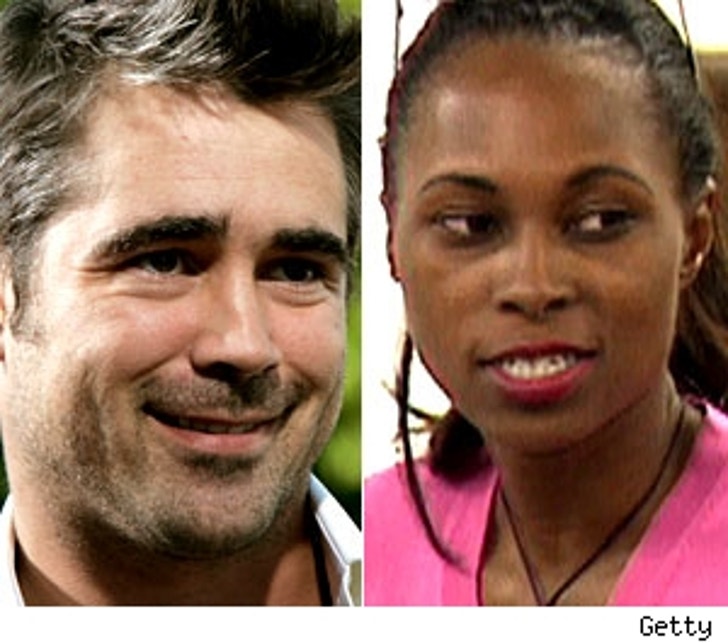 During the conference, Bradford explained her motives behind the "Tonight Show" incident and gave a personal message to Farrell. Dessarae was very evasive in front of the cameras, refusing to answer reporter's questions and directing them to read her book "Colin Farrell: A Dark Twisted Puppy" to find the answers. It really does beg the question, why call a press conference if you're not going to talk?

The woman who rushed the stage of the "Tonight Show" to talk to actor Colin Farrell tells TMZ there's more to the story than meets the eye.

Dessarae Bradford told TMZ that she and a private eye from Counter Force PI Services in Marina Del Rey, Calif. served Farrell court papers roughly two hours after the "Tonight Show" altercation on the red carpet of the premiere of "Miami Vice." Bradford says she is suing Farrell for $10 million for stalking, harrassment and slander.

Bradford says the "Tonight Show" incident was her first attempt at serving the actor his papers. Bradford also stressed that Farrell's reported reaction to her at the show was "nothing like Colin Farrell's pr team is trying to spin it to be" and says "I am not stalking Colin Farrell, I am too self-absorbed to ever stalk anyone."

Bradford is holding a press conference to tell her side of the story Monday afternoon. Stay tuned...