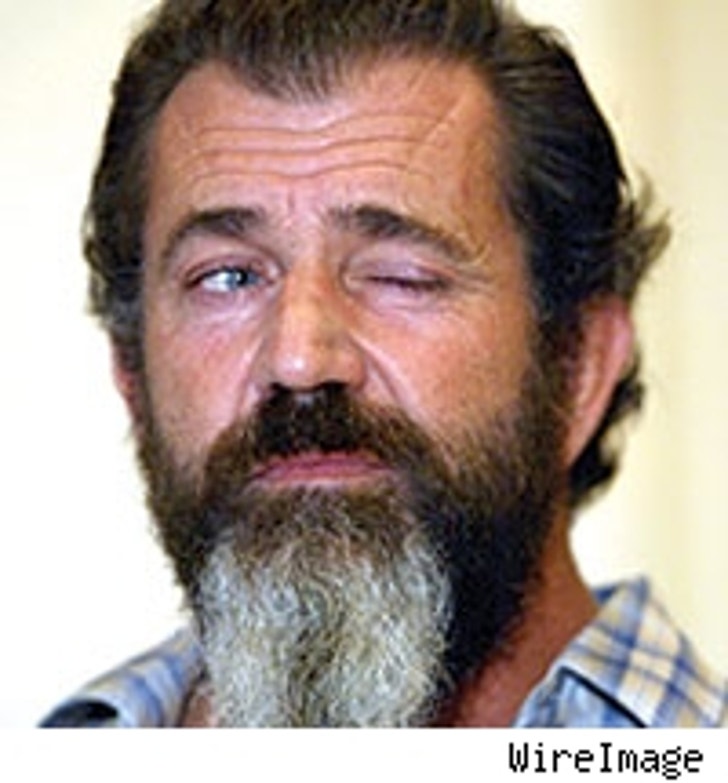 TMZ has learned that Mel Gibson has been stopped for reckless driving two other times in Malibu but he was allowed to leave without a ticket or arrest.
As TMZ first reported, Gibson was arrested on Friday for suspicion of driving under the influence on Pacific Coast Highway in Malibu -- driving 87 miles an hour. As we reported, the deputy who arrested Gibson was ordered to sanitize his arrest report to make it appear that Gibson's arrest was "without incident." In fact, The report states Gibson was abusive, violent and vulgar, and even attempted to escape.

TMZ has confirmed that approximately three years ago, Gibson was driving 74 miles per hour on Pacific Coast Highway, one mile from his house, when he was pulled over by a Los Angeles County Sheriff's deputy. Sources say Gibson avoided eye contact with the deputy during the stop and even though the deputy was suspicious of Gibson's sobriety, he let him go.
Approximately one year ago Gibson was stopped again, after driving 64 miles an hour on Pacific Coast Highway -- where the speed limit is 45. Sources say that Gibson was so cocky that he was on his cell phone the entire time he was detained by the deputy. Ultimately, the deputy decided to let him go without giving him a citation.
And there's new information about Friday's arrest.

As TMZ reported, the deputy who arrested Gibson was ordered by superiors to re-write his report and eliminate all references to Gibson's bad conduct and anti-Semitic remarks. Sources tell TMZ that Lt. Crystal Miranda told the arresting deputy that Captain Tom Martin talked to Sheriff Lee Baca who expressed concern that the explosive report might leak to the media and that it needed to be re-written in a sanitized form.

Sources say Gibson, who was pulled over early Friday morning for allegedly crossing lanes at a high speed, told the arresting deputy that he was leaving home just after 2 a.m. and heading to his brother's house. The arresting deputy found a bottle of tequila in the car, 3/4 full, in a brown paper bag. We're told that Gibson told the deputy that the bottle wasn't his but, "I've had a little bit."
We're also told that Gibson, who issued a statement over the weekend, suggesting he was not of sound mind when he uttered the anti-Semitic tirade and engaged in abusive behavior, was not in fact "out of it." Sources connected with the case tell TMZ that Gibson was drunk but was in control of his senses. At one point at the Sheriff's station, sources say Gibson was "jumping like a monkey" on a steel cage and told the arresting deputy, "I'm not going to hurt you physically. I'm gonna hurt you. I'm gonna make you lose."
We're also told that deputies at the Sheriff's station were star struck by Gibson and a number of them went to Gibson's holding cell to get a look of the star. The problem for the Sheriff's department -- there's a mounted camera in the station and the deputies can be seen fawning over the actor. Sheriff's officials have called some of the officers who were caught on tape in and warned them they might be subject to discipline.
As TMZ reported, the arresting deputy was ordered by officials to take out references to Gibson's bad behavior. We're told the altered report makes no mention of the fact that Gibson attempted to flee the scene by running to his car to escape. We're also told that the officer checked a box on the report that Gibson was "belligerent." Ironically, even though officials did not order the deputy to remove that reference, they did order him to re-write the report to eliminate all references to the supporting evidence leading the officer to believe Gibson was indeed "belligerent."
What do you think about this story? Call the TMZ comment line and we may post your raves and rants on TMZ! Call toll-free 866-895-8877 now!