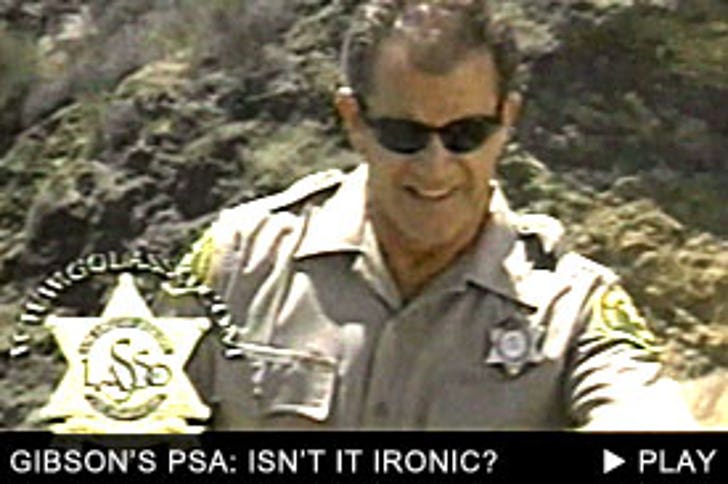 Amid rumblings that Mel Gibson received preferential treatment from the Los Angeles County Sheriff's Department, a public service announcement that Gibson taped on their behalf has surfaced.

The PSA was recorded back in 2002 on behalf of a sheriff's charity, The Los Angeles Sheriff's Star Organization (LASSO).

In the spot, Gibson, dressed in a sheriff's uniform, pulls over Scott Baio to thank him for supporting LASSO. He implores viewers, "Give back to those who give so much."