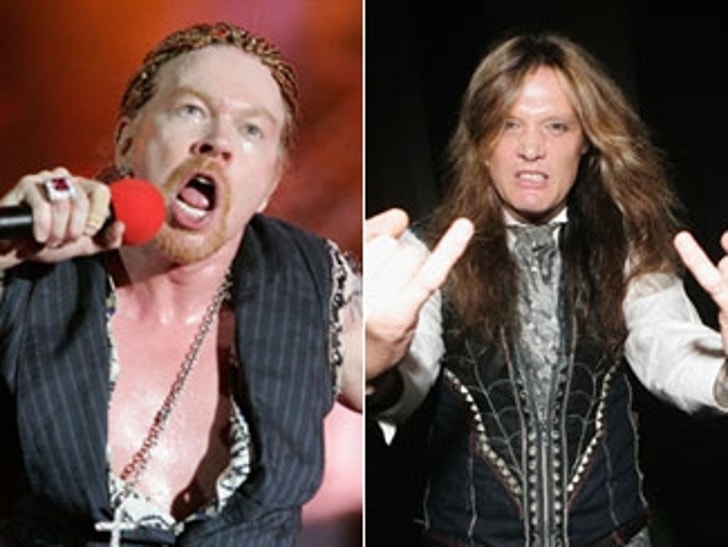 Guns N' Roses star Axl Rose fell ill during the final show of the band's European tour after a doctor had advised the singer not to perform. Former Skid Row frontman Sebastian Bach, who earlier joined the band on stage for a version of "My Michelle," took Rose's place and completed the concert at London's Wembley Arena. 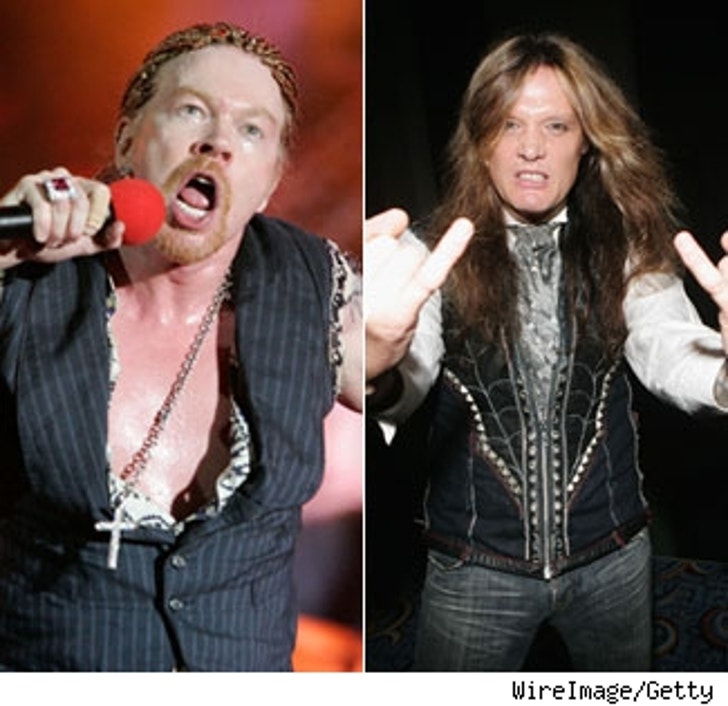 Axl had been diagnosed with low blood pressure and low blood sugar earlier that day after performing at Wembley Arena, followed by a surprise show at the city's Cuckoo Club. He succumbed to illness during the band's last performance of the night after being advised by doctors not to do the show -- his response to that suggestion was "f*** that."

"I approached this last show with equal parts determination, obligation, responsibility and insanity," he said. "It was an amazing night." The singer said afterwards that the band had "an amazing tour."

Rose managed two hours of the show, with Bach filling in on the mic for part of the final two songs: Night Train" and "Paradise City."

"I want to thank everyone in Europe and the UK for inspiring us and for giving us the opportunity to play for them," Axl said after the show.