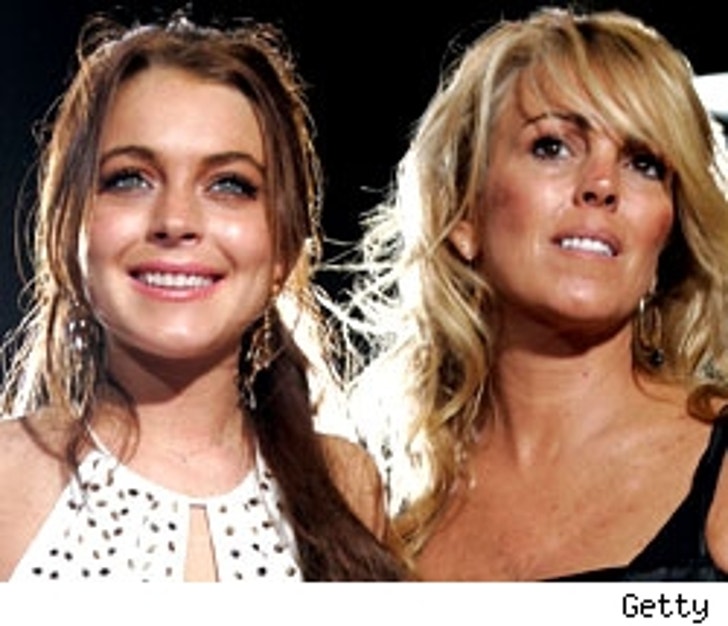 It's been a bad week for Lindsay Lohan. First she went home "dehydrated" from the set of her new film "Georgia Rule." Then the head of the film's production company sent her a letter chastising her for what he called her "discourteous, irresponsible and unprofessional" behavior and her poor attendance record on the set. Now La Lohan has been summoned to be questioned in her mom Dina's court battle over a music deal.

Dina Lohan is being sued for fraud after signing her daughter to a record deal with producers Antonio Almeida and Mitchell Chait. Almeida and Chait claim that in 2002 and 2003 they helped Lindsay cut half of the tracks of her album "Confessions of a Teenage Drama Queen." The suit alleges tens of thousands of dollars were given to Lohan, but the star jumped ship and recorded the album with music mogul Tommy Mottola instead, leaving them high and dry.

Lindsay has now been subpoenaed to testify in this case, according to documents filed today in Los Angeles County Superior Court.

The Vegas duo is asking Lohan to be present at law offices of Costa, Abrams, and Coate LLP in Los Angeles on August 29, 2006, for an oral deposition.

Lindsay's reps did not immediately return TMZ's request for comment.