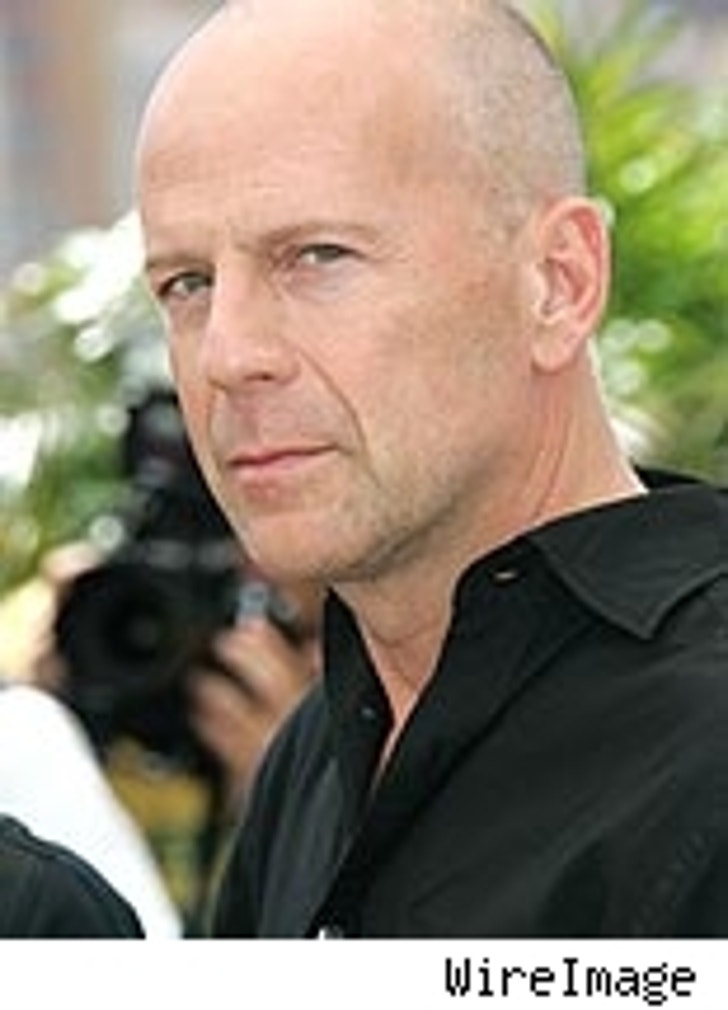 TMZ has obtained a lawsuit filed by actor Bruce Willis against one of his childhood friends, claiming the friend is attempting a "shakedown."

The suit, filed Tuesday in Los Angeles County Superior Court, claims that Bruce DiMattia and Willis were childhood friends. Court documents allege that in 2002, Willis offered DiMattia a job. From then, until mid-2006, he was employed by Willis. One of DiMattia's responsibilities, the documents state, was to "organize private family photographs, videotapes, DVDs and films depicting Willis and his family members." Willis also says by nature of DiMattia's employment, he "acquired knowledge of certain highly personal, private and confidential information" about Willis and his family. The suit says that in addition to "other compensation" paid to DiMattia, DiMattia lived rent free in a home owned by Willis.

The suit says that after the termination of DiMattia's employment, he refused to move out of the home owned by Willis and has "wrongfully retained possession" of certain private photos and videos. The suit also claims that DiMattia informed Willis that he had "surreptitiously prepared a book manuscript" which features private information about the star which contains what Willis says are "several falsehoods and lies that could embarrass [him]" and that this manuscript has allegedly already been shown to at least three book publishing companies. Willis says that DiMattia has "threatened to unlawfully exploit private family photographs and memorabilia belonging to Mr. Willis, and to sell a manuscript containing lies about Mr. Willis" unless Willis "agrees to pay him over $100,000 and buy him a car." The suit claims these allegations constitute extortion and violate Willis' right of privacy.

Willis is seeking an excess of $1 million in damages and asks for return of Willis' private mementos, or if they cannot be delivered, a sum no less that $50,000.