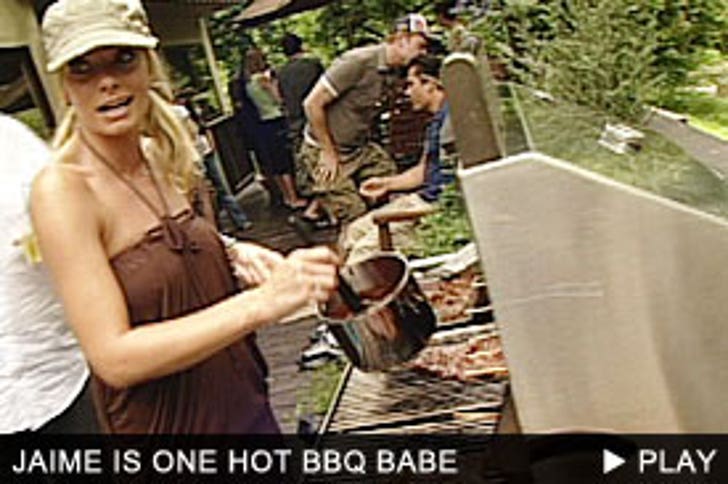 Jaime Pressly has much to celebrate these days and the blonde bombshell went all out for a huge BBQ at her home over weekend.

"We're celebrating my birthday, the Emmy nomination, and I get to cook and have everybody enjoy the home and the pool and stuff, so it's gonna be a good day!"

Pressly, who turned 29 on Sunday, garnered an Emmy nom for her role in "My Name is Earl," a show she's more than happy to be a part of.

"When you're given an opportunity as big as this one, you wanna run with it. You wanna be the best you can at the job and to be nominated for doing that is pretty amazing!"

At the party, Jaime revealed that she'll be wearing Badgley Mischka to this year's ceremony, which takes place on August 27, and will be accompanied by her boyfriend, manager and lawyer. She added, "It's just as big a deal for them as it is for me, so we're all gonna be going together."