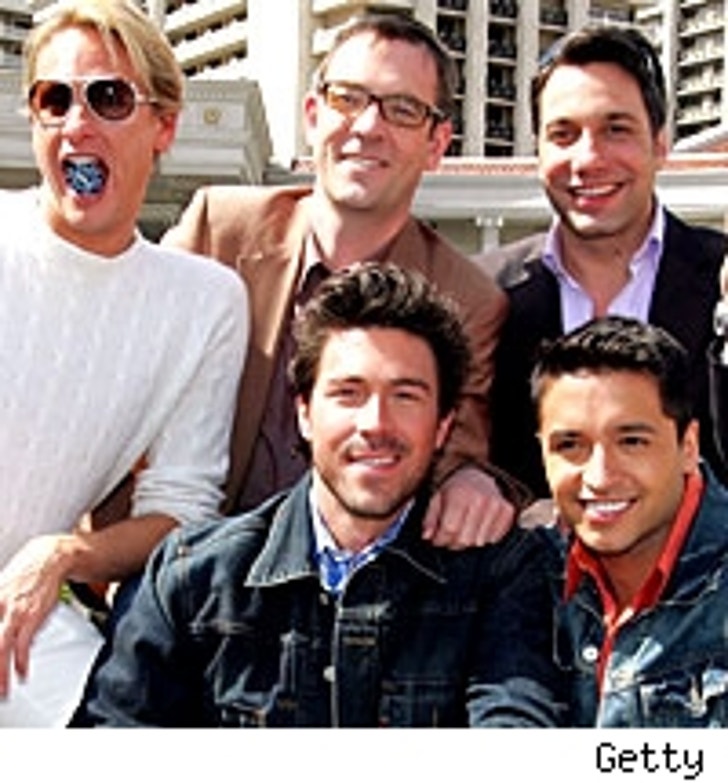 Despite Internet reports to the contrary, Bravo's hit TV show "Queer Eye" has not been canceled and is still going strong.

Jai Rodriguez, one of the "Fab Five," was quoted on the Web site AfterElton.com saying, "We haven't been asked back for 2007." But a spokeswoman for Bravo says that he was misquoted.

TMZ went straight to Bravo to clear up the confusion. Bravo tells us in a statement: "Bravo's Emmy Award-winning 'Queer Eye' has just wrapped its production cycle. These all-new episodes of 'Queer Eye' premiere every Tuesday at 10 PM ET/PT, through the fall season. A whole new season is slated for 2007. 'Queer Eye' remains the core of our Tuesday night strategy."

On the next episode of "Queer Eye" -- airing August 8 -- the guys make over three generations of hard-core horse racing enthusiasts. Also, a new a new strand of weight loss episodes will kickoff on Tuesday, August 22 with Erik and Khadijah, adorable soul mates who love to laugh a lot ... and eat a lot together.