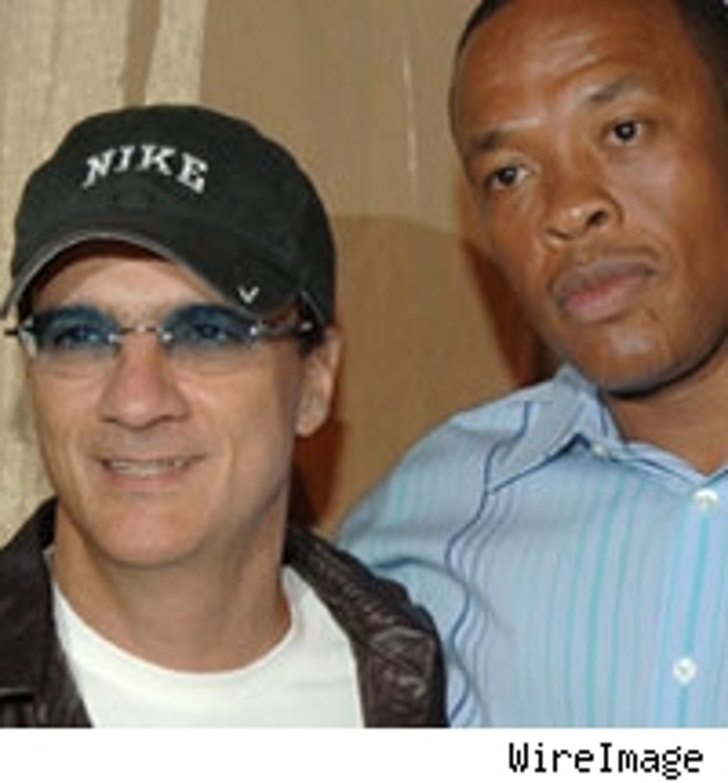 TMZ has obtained a lawsuit filed by recording industry heavyweights Jimmy Iovine, chairman of Interscope Geffen A&M Records, and rapper/producer Dr. Dre against a Delaware company that they say was supposed to "manufacture, market and distribute a line of headphones" that was to be called "Beats by Dr. Dre."

The lawsuit, filed in Los Angeles County Superior Court, alleges that SLS International, Pentgram Design, Inc., Jibe Audio and Steve Lamar pulled a "classic 'bait and switch.'" The suit claims the defendants "failed and refused to perform under the contract" and went forward with a plan to sell the "Beats" headphones through a separate company.

Iovine and Dre are seeking damages of "at least $1,000,000" and an injunction that prevents the defendants from manufacturing and selling headphones using the "Beats" trademark and design.