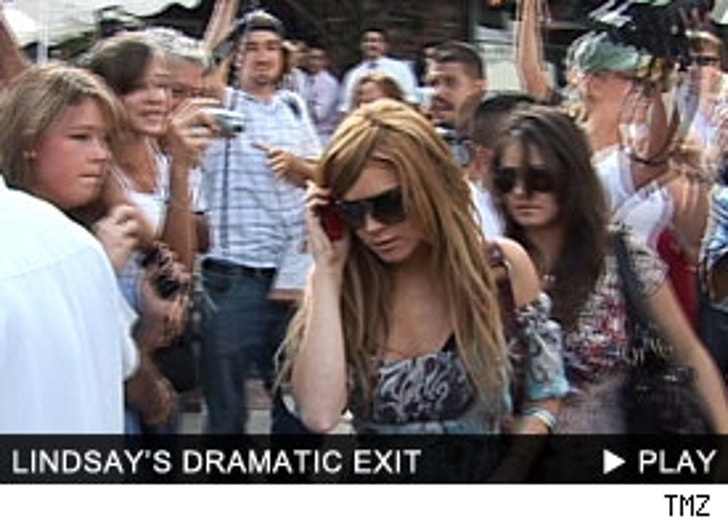 TMZ's cameras were all over LA on Thursday to bring you another exciting version of Star Catcher.

Our first and most dramatic stop of the day was The Ivy where we ran into the ever-so-popular redhead, Lindsay Lohan. The "Georgia Rule" star left the trendy spot as a crowd of paparazzi swarmed the young actress trying to get the money shot. Lohan and friend made their way through the crowd and sped off in Lindsay's black Mercedes.

From there, we were off to celeb favorite Mr. Chow, where we ran into Keanu Reeves, Vivica A. Fox and former heavyweight champion of the world Lennox Lewis who stopped to sign a few autographs.

The last stop of the night was Hyde, one of TMZ's favorite clubs in Hollywood. We caught up with "The Girl Next Door" star Elisha Cuthbert, who may have been a little upset with TMZ from a Star Catcher that we did earlier in the week. The blonde actress gave our own Josh Levine a few must-see choice words.

Also on hand for the evening were Grammy-winning Christina Aguilera, Kristin Cavallari with boyfriend Brody Jenner, CSI's Gary Dourdan and the Madden brothers of Good Charlotte.