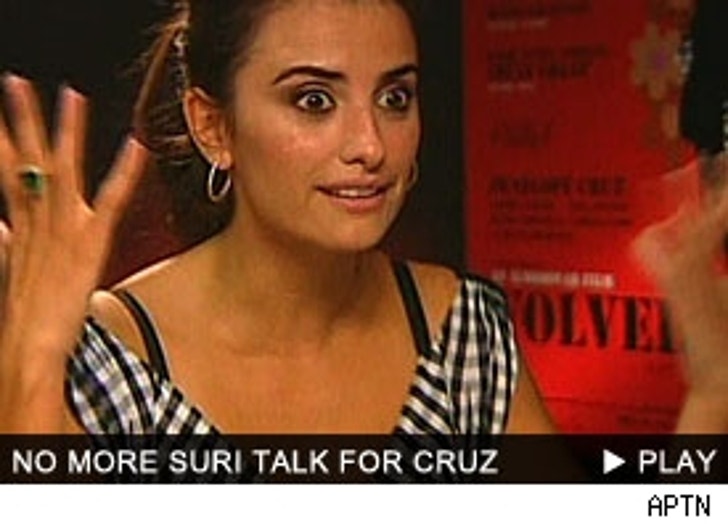 After stating yesterday that she has seen Suri Cruise, Penelope Cruz has since turned a 180 and is now refusing to talk about the baby anymore.

Cruz, who dated Tom for three years, said Thursday the spawn of TomKat was "one of the most beautiful babies I've ever seen." In today's interview, Penelope blamed a lapse in judgment for her outburst of Suri details. "It's important to keep living life as an observer and not just feel like you're being the thing observed because then you start looking at yourself from the outside instead of really alert...I forget people are looking at me in a situation like that, like yesterday."