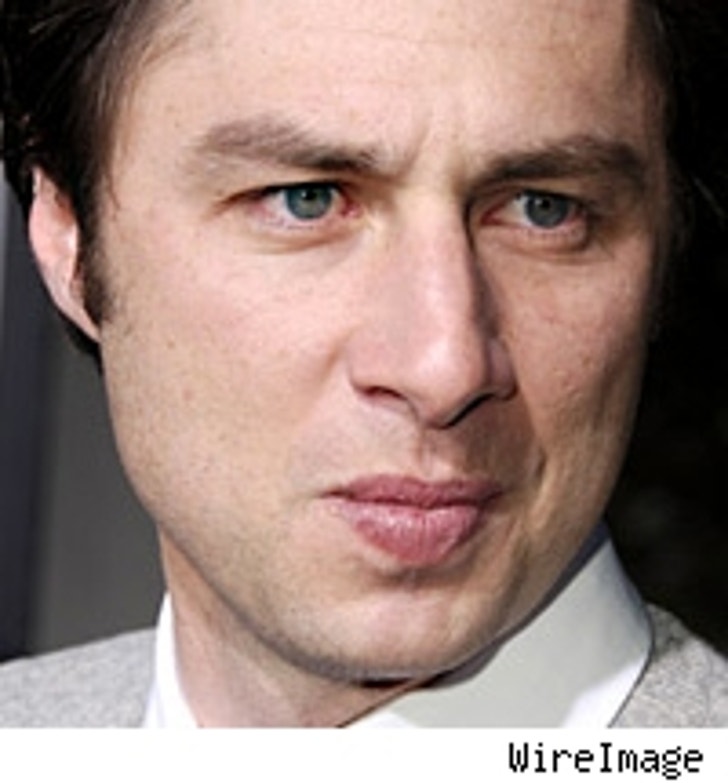 Given the critical acclaim Zach Braff received for his Grammy Award winning soundtrack for "Garden State," getting a song on a Braff project may become as promotionally important as landing time on one of the hot, musical trend-setting shows like the OC. Braff's ear for musical talent was on full-display for Garden State when he chose indie rock icons the Shins for a feature spot in the film (when Natalie Portman's character "Sam" hands her headphones to Braff's "Largeman" saying this song will "change your life'). In addition to a second tune from the Shins, the soundtrack also includes offerings from additional indie darlings like Iron and Wine (who plays Lollapalooza this weekend), Remy Zero and Cary Brothers. The placement helped all of these bands reach a larger audience and the race is on for a spot in Braff's new project "Open Hearts."

But, even better than appearing on a Braff film soundtrack, is to get the Scrubs star to direct your video! Joshua Radin did just that for his new video "Closer." Getting Braff on board was apparently easy after Zach saw fan reaction to Radin's music first hand: "In all the time I've worked on Scrubs both as an actor and a director, no one artist has garnered more attention, buzz and outright fan lunacy than Joshua Radin. When "Winter" played for the first time during one of our shows, Josh's website got shut-down because within 24 hours it had received over 100,000 hits. He is the next big thing in my opinion." That is not only a testament to Radin's popularity, but to Braff's ability - and that of movie and television placement - to significantly raise an artists' profile.