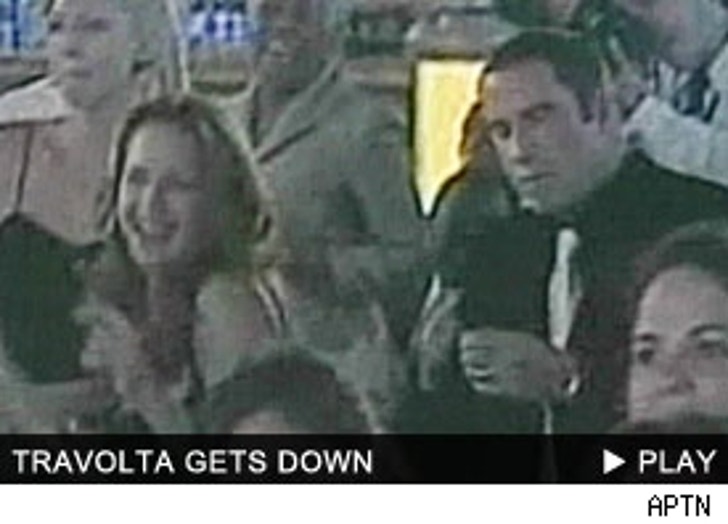 Gather a group of Scientologists together for a party and they're going to talk about little else. Such was the case at the church's 37th Anniversary Gala, held at the Celebrity Centre in Los Angeles Saturday, with guests like Jenna Elfman, Leah Remini and Giovanni Ribisi gushing over the controversial religion.

Though Tom Cruise and Katie Holmes were noticeably absent, Scientology power couple John Travolta and Kelly Preston were sure not to miss the annual event. "I've been a part of Celebrity Centre for 31 years this year," said Travolta, "so every year is a celebration for me because when I found Celebrity Centre I found my life again."

Travolta definitely enjoyed himself at this year's event and was seen breaking it down to the sounds of Chaka Khan, who was a guest performer.