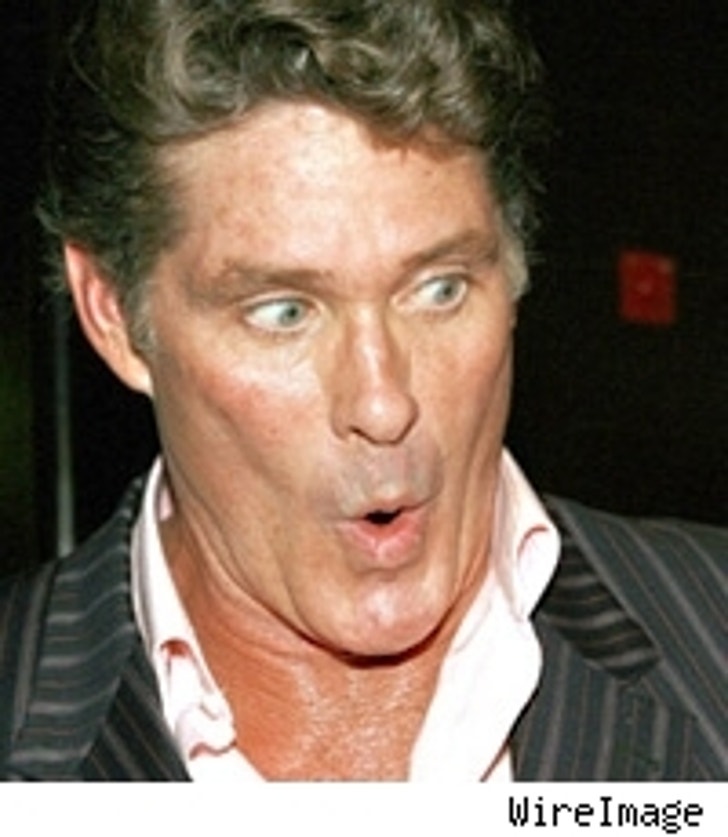 The Hoff made a grand entrance as a favor to his old "Baywatch" buddy Jeremy Jackson. Jackson, who played David's son Hobie on the TV series, invited him down to the OC club to make a guest appearance. Sources inside the club told TMZ The Hoff acted more like Diddy, scooping up a prime VIP table and inviting locals to join him for a night they would never ever forget. (F.Y.I.): tables in Club Vegas' VIP lounge for you and seven friends, generally cost upwards of $1000).

Amidst the blaring music and starstruck patrons, the actor was smiling and laughing while he chatted up his new friends. One source also says The Hoff was very interested in one of his male guest's full-sleeve tattoos.

But don't go thinking The Hoff bellied up to the bar. An insider tells TMZ the sober Hasselhoff was sipping all night on sugar-free Red Bull.