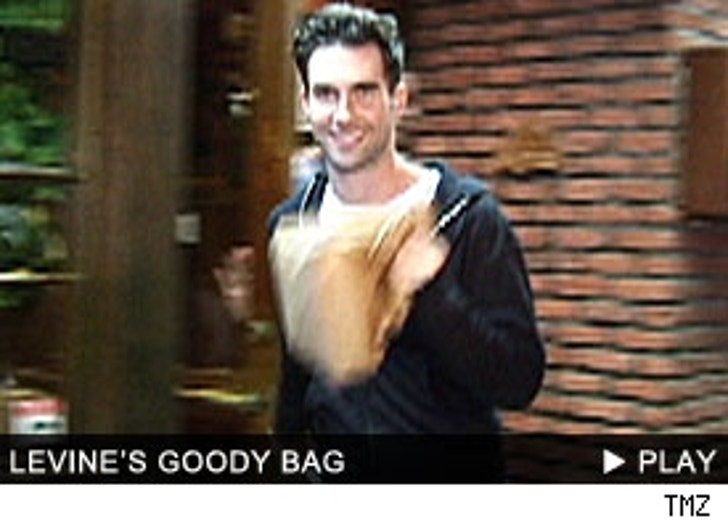 We caught up first with Maroon Five's lead singer Adam Levine at Hyde, where the singer quickly dashed from the club to the deli next door ... only to emerge with a bag full of cookies. Turns out that Adam was designated "dessert guy" for his friends' birthday party in the club.

Party queen Lindsay Lohan also made the late night rounds Monday, along with her new boy toy Harry Morton, though TMZ spotted the pair leaving Hyde separately. While Harry was busy making a spectacle out front with his souped-up Jeep, Lindsay quietly snuck out the back door. What a gentleman!