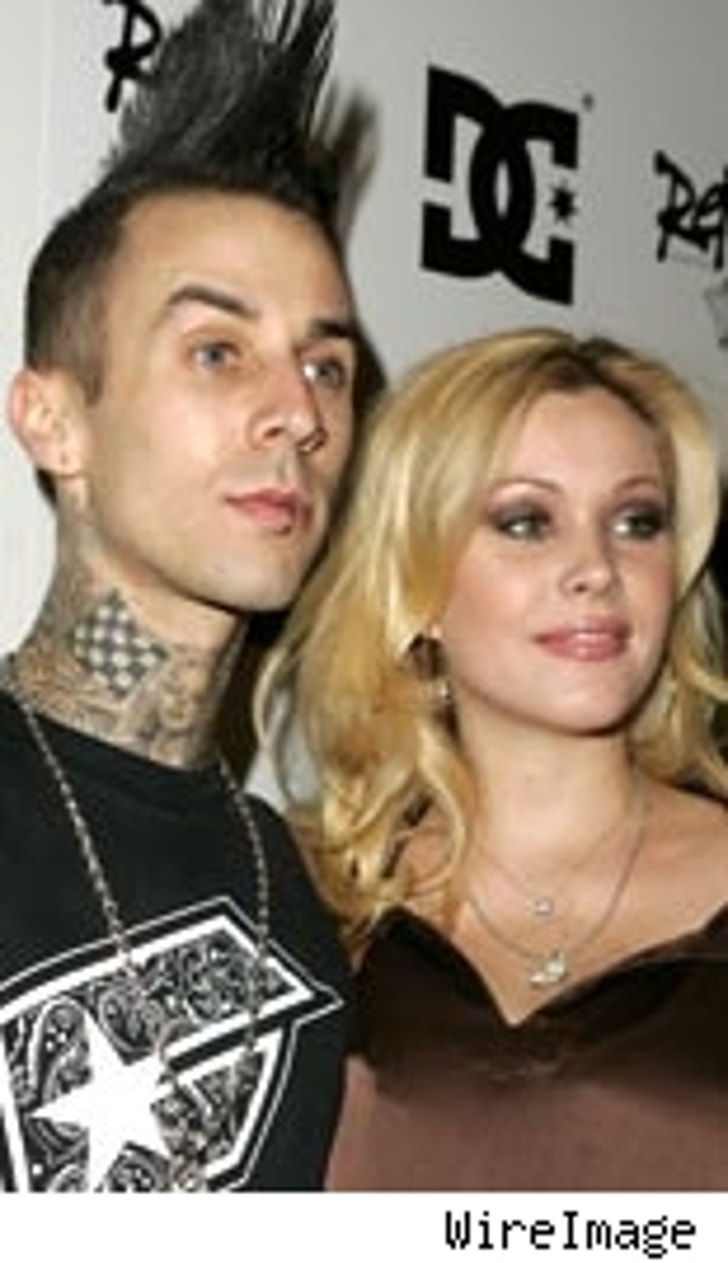 On the heels of Nick and Jessica's and Dave and Carmen's split, another MTV reality show couple has called it quits.

According to PEOPLE magazine, blink-182's Travis Barker has filed for divorce from his "Meet the Barkers" co-star and wife, Shanna Moakler.

The couple were married in 2004 and have two children: son Landon, 2, and daughter Alabama, 7 months. Moakler, a former Miss USA, also has a 7-year-old daughter, Atiana, from her previous relationship with Oscar de la Hoya.

Moakler released a statement saying "My only concern right now is for the welfare and best interests of my children."

Monday, TMZ reported that Moakler has been added to the latest cast of ABC's "Dancing with the Stars."