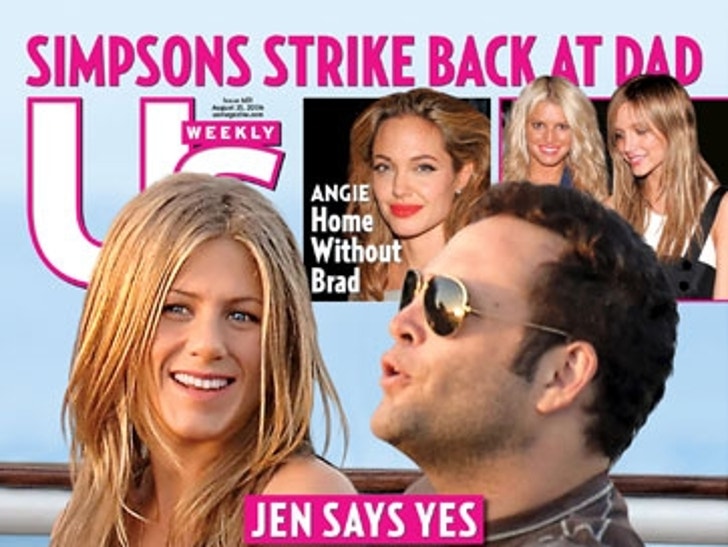 UPDATE (2:15PM ET): Stephan Huvane, Jennifer Aniston's rep, tells TMZ that the article is NOT true -- the couple is not engaged.

After dating for one year, Vince Vaughn has reportedly proposed to girlfriend Jennifer Aniston. 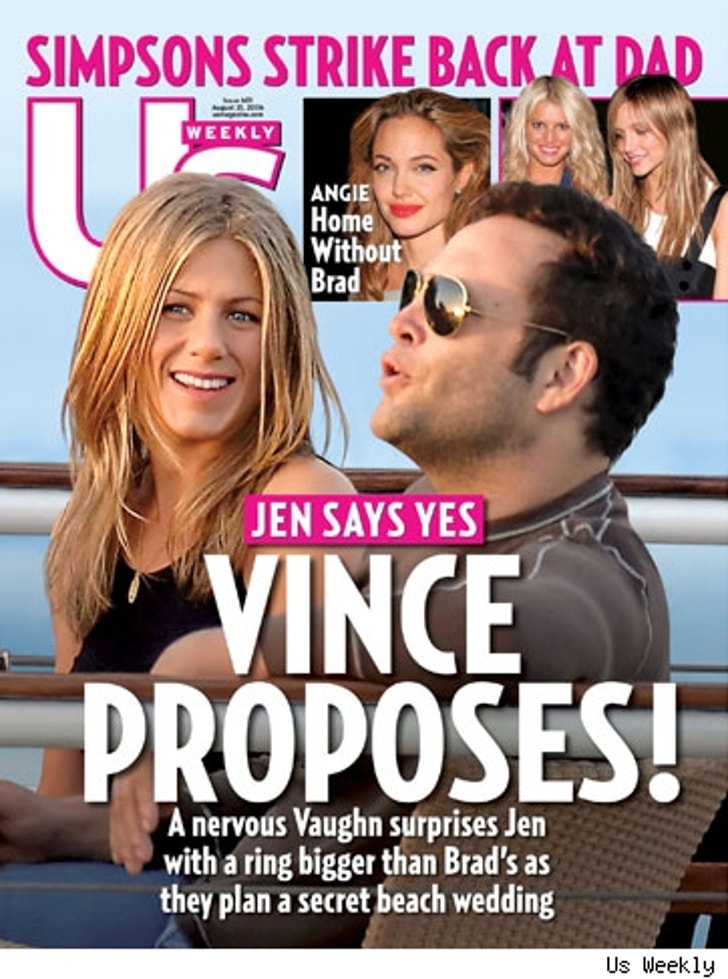 The new issue of Us Weekly reports Vaughn popped the question on June 27. The couple were on a private jet back to LA after vacationing at "Girls Gone Wild" founder Joe Francis' home near Puerto Vallarta, Mexico.

Vaughn allegedly bought Aniston's engagement ring in New York, which is believed to be bigger than the $200,000 Silvia Damiani ring she received from her ex-husband Brad Pitt.

This isn't the first time rumors have speculated the couple's engagement. Just last month, Life & Style falsely reported Vince got down on bended knee in Paris.

Vaughniston, who met on the set of their hit film "The Break-Up", have been living in Jen's Hollywood Hills home and have been spotted checking out properties in Chicago, Vince's hometown. 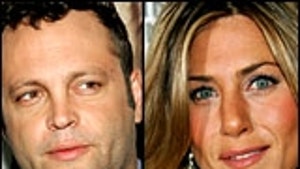 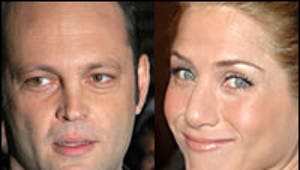 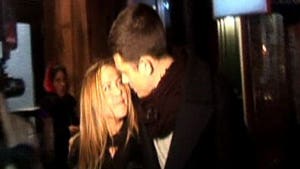