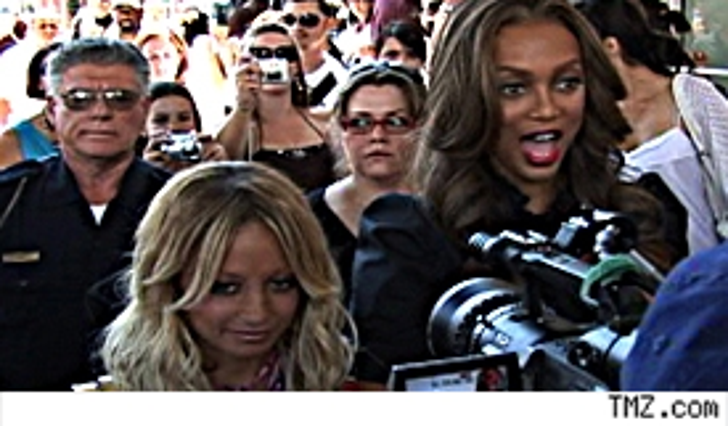 Tyra Banks and Nicole Richie hit two of the hottest and most photographed locales in LA Wednesday: The Ivy and hot shopping spot Kitson. They also hit the not-so-hot 99 Cent Store in Hollywood- and surprisingly, attracted a gaggle of photogs there too.

So are Tyra and Nicole suddenly BFF? And what's the deal? Can you really mix and match the 99 Cent Store with Kitson? Never fear- TMZ has cracked this case. The two were shooting a segment for the second season premiere episode of "The Tyra Banks Show," set to air September 11, 2006.