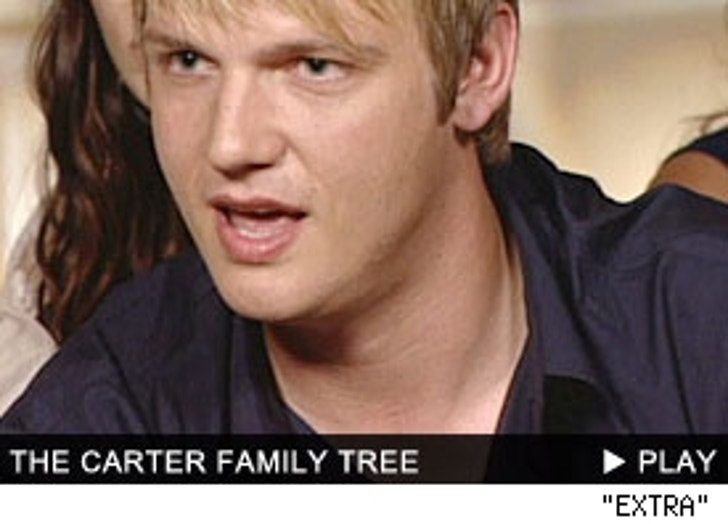 Backstreet's back, all right ... Well, really just Nick, along with the rest of the Carter clan, who will all star in their own reality show this fall.

The family has had a handful of hassles sent their way and will surely be a perfect addition to the train-wreck TV crowd. With former Backstreet Boy Nick's arrest for a DUI, sister Bobbie Jean's arrest for assault and their mother's arrest for breaking into her ex-husband's home and attacking his girlfriend, they could come out looking more dysfunctional than the Osbournes.

Despite all the negative attention, Nick is actually happy to get on TV and portray a different side of Carter family life. Nick tells "EXTRA," "We've always been the kind of people who don't defend ourselves necessarily, we just dust it off our shoulders," he says, "and now this gives us a chance to really show people who we are."

"House of Carters" premieres in October on E!.