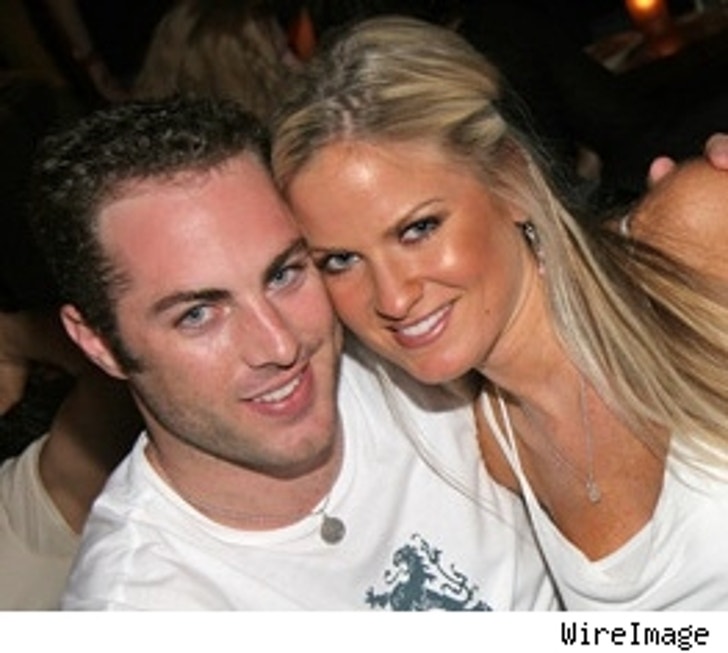 Jay McGraw, the son of TV pop psychologist Dr. Phil, got married on Saturday in Beverly Hills to former Playboy Playmate Erica Dahm – and Oprah was a notable no-show, TMZ has learned.

If there was any doubt that Dr. Phil and Oprah are on the outs, Oprah's absence from the nuptials of the son of her onetime protégé may just have confirmed it.

As for the wedding itself, TMZ has learned that the reception was held at the swanky Beverly Hills Hotel – right around the corner from Dr. Phil's estate, where the ceremony was performed. Of the 400 guests, the best-known celeb amongst them was talk-show legend Larry King.

The musical entertainment was a highlight of the occasion – songwriter extraordinaire David Foster played piano with the wedding band, and R&B singer-producer Kenneth "Babyface" Edmonds performed three songs, which Foster had rehearsed with the band for five hours. The result, says our source, was "amazing."

Some of the toasts given on behalf of the new couple seemed a little off-key; one of the bride's sisters, for instance, said, "When we first met Jay, we thought he was a jackass – but he turned out to be this wonderful nice guy." Dr. Phil was somewhat more charitable to his new daughter-in-law, saying with glass raised, "For a lot of girls, Erica is an easy girl to hate. She's skinny and beautiful. . . In this country, there's no such thing as an arranged marriage, but if there were, we'd want to arrange for Erica to marry Jay."

During the reception, guests noshed on such treats as mini-cheeseburgers, French fries, and little root beer floats, all said to be scrumptious. Cameras were out in force, with coverage to come on Dr. Phil's syndicated talk show.

The happy couple, who met on the set of a 2004 FOX reality show, is taking their honeymoon in Fiji.