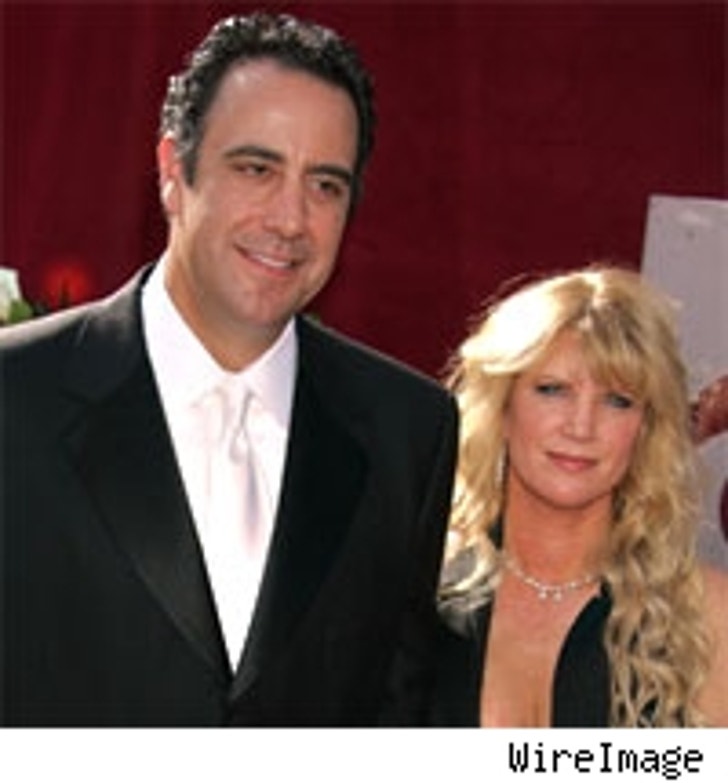 Apparently, a hit show wasn't the only thing "Everybody Loves Raymond" star Brad Garrett separated from last year. In a bombshell confession to USA Today, Emmy winner Brad Garrett revealed he has secretly divorced from his wife of 7 years, Jill Diven.

The 46 year old actor claims he and Diven worked together to ensure news of their split stayed under the radar. In fact, Garrett says he kept both his co-workers and his parents out of the loop. Despite the break, Garrett claims he and Diven are still on good terms, even referring to his ex as "an extraordinary woman" and "the greatest mom in the world."

Still, he says, "You can't stay together for the kids, because kids know everything. Sure, it's daunting to have Daddy move out, but when he's back two days later, and he gives Mom a hug, and everyone goes to lunch - that's what it's about."

Diven tells USA Today that she has "nothing but positive things to say about Brad. We both realized we're best friends, and we're always going to be best friends. People grow apart. We could do the 'he said-she said' thing, but that's not us."