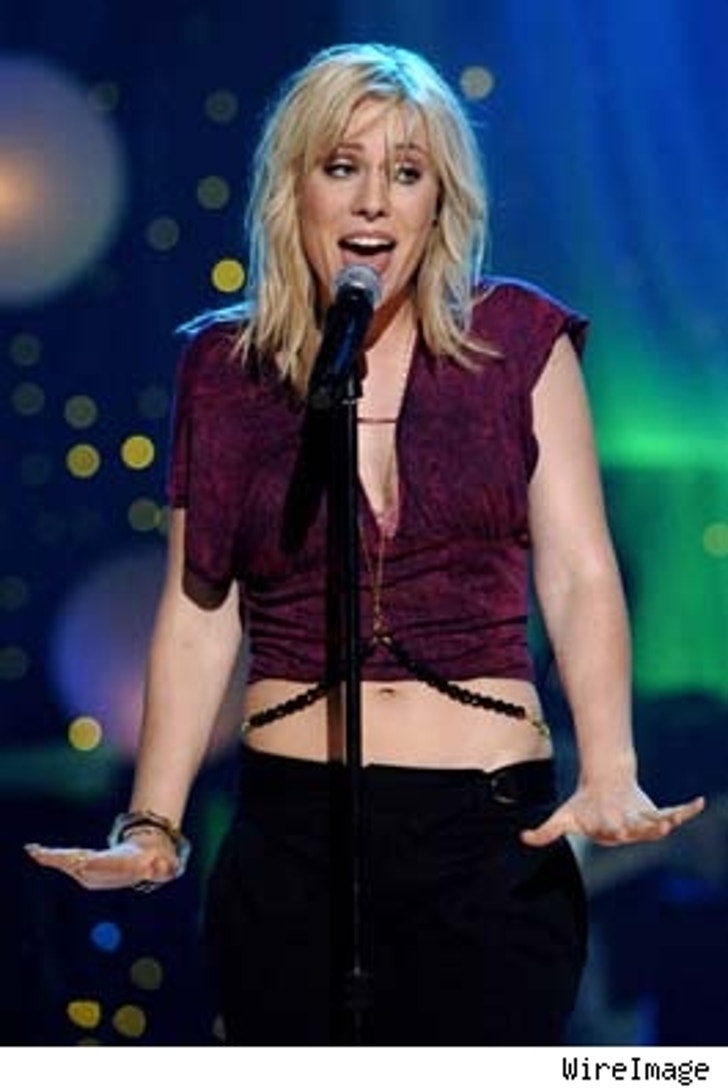 Madonna wrote the "sex sells music" book and pop stars from Britney Spears to Christina Aguilera have been following template (some more closely than others) ever since. Christina became the spokeswoman for "Dirrty" girls everywhere. And, of course, Former Xtina peer Britney also sexed it up from the get go with her come hither looks dressed in that many-a-male-fantasy school girl outfit she donned for "Hit Me Baby One More Time." She continued the temptress act with her infamous snake handling routine right up to her kiss with Madonna. And, of course, Paris Hilton was a "video star" long before she ever set foot in a recording studio. So, does sex sell more records? You'd think so and apparently so does "good girl" popstar Natasha Bedingfield.

Although Bedingfield has had decent success here in the US with her singles "Unwritten" (also theme song for The Hills) and "Single" some at her record label may feel she needs to "work it" a little bit more to boost record sales into the top level like the ladies above. Natasha reportedly said that label execs told her just that: "I've moved from London to Los Angeles because I want to be an international star. But, to achieve that, my record company tells me I need a bit of scandal in my life."

If she heeds that warning/request she certainly won't be alone. Christina Aguilera, who is now settled into a monogamous marriage, still flirts with her "dirty" girl image. Aguilera recently reportedly quipped to New York's HX magazine that she finds her fellow ladies look better in the buff than men: "I do think the female body is beautiful, and sometimes I get more pleasure looking at a nude female body than a male's, depending on who that is. It's a very sensual thing, the female body, and I have an appreciation for it." Nothing overly scandalous by Hollywood comparisons in that statement, but just enough there to stoke imaginations and keep that bad girl image alive.

That's the kind of titillation that record execs may want from Natasha. The question is will she go that route? I don't know if she will. Maybe the real question is should she? So dear reader(s), I put the question to you...what should Natasha do? Sex it up? Or, stick to her guns and be herself?