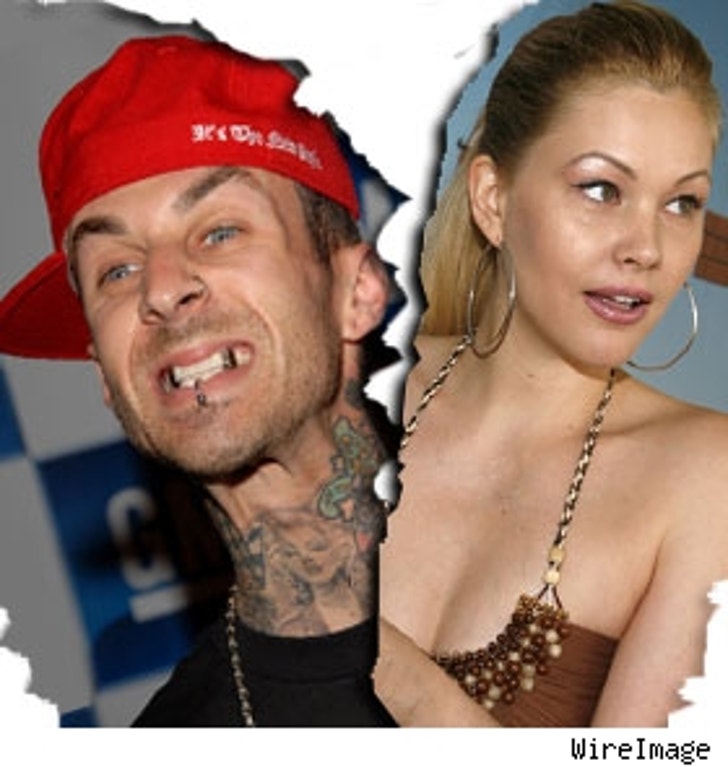 When Hollywood couples move to Splitsville, it never seems to be a smooth transition. The recent split between Blink 182's Travis Barker and wife and former Miss USA Shanna Moakler is no exception, and now the split has spilled into MySpace.

Shanna "officially" commented on the split last Tuesday on her MySpace page, telling fans that she was devastated by the demise of her marriage. Now, following in her footsteps, Travis Barker has lashed back with a detailed blog on his MySpace page describing in his opinion what life with the Barkers was actually like and what it was that he says wrecked their marriage.

Travis says at one point he found condoms at his house and says "we don't use condoms ever." He talks about her alleged partying and claims that a "normal" day is him and the kids getting up around 7 a.m. while Shanna sleeps in until 2 p.m The nanny, who he says the kids often call "mommy," gets the kids ready for the day while Shanna takes care of more important things like getting her nails done. Barker also says his wife didn't tell him about her turn on "Dancing with the Stars."

In his letter he says that when you're pushed, you push back.

This morning, Shanna issued the following statement to TMZ: "If that MySpace site was truly created by Travis then I'm seriously concerned for his mental well being. The picture he paints is so far-fetched that I can't believe this is his reality. If it is, then I'm truly concerned for him. Perhaps the lifestyle he leads is taking its toll on him. For the sake of our children I hope that he seeks professional help."

UPDATE 2:03 p.m. ET: Barker has apparently removed his posting from his MySpace page. A rep for Barker had no comment.