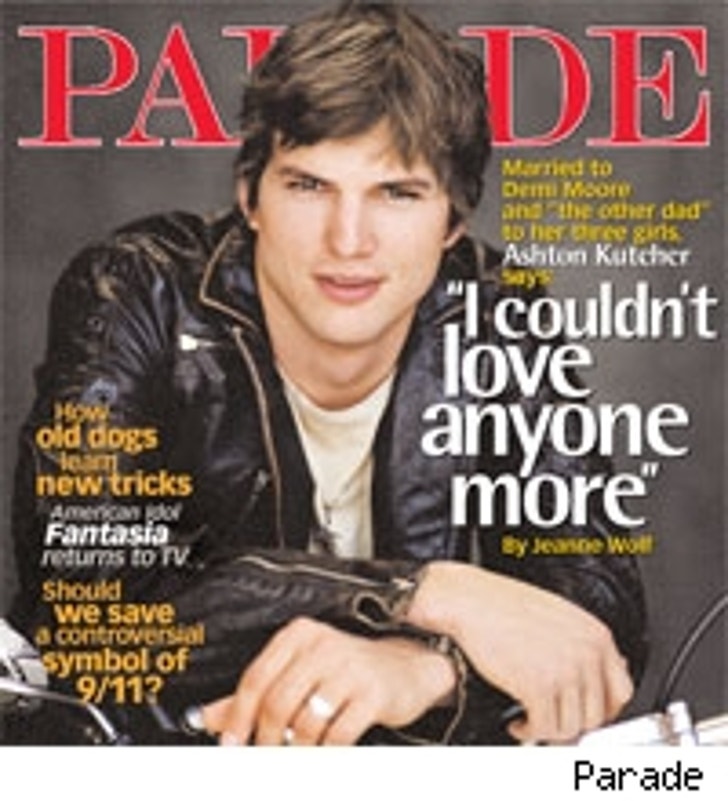 Married less than a year to Demi Moore, Ashton Kutcher reveals they "had one argument in the first three months of dating and since then we haven't had any."

Kutcher has become "the other dad" to Moore's three daughters from her marriage to Bruce Willis, and says he and Willis are "teammates."

The 28-year-old, who is closer in age to Moore's eldest daughter than to Moore herself, tells Parade magazine "There is not a human being I could love more than those girls and their mom."

As far as having a child with his gorgeous 43-year-old wife, Kutcher says "I feel like I have three kids, and we'll see whether we're given another child."

Kutcher attributes his mellower, more grounded demeanor to Kabbalah which has taught him "about giving and sharing as an approach to life."

Check out the entire interview with Ashton Kutcher in this Sunday's issue of PARADE.