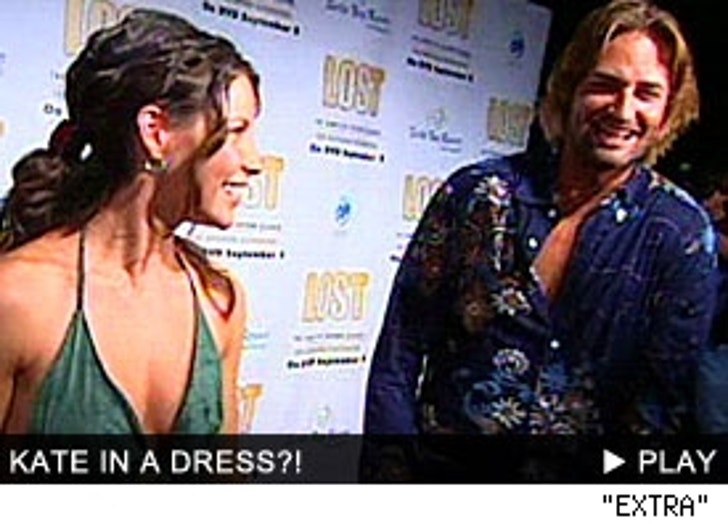 Trying to get any info out of a "Lost" castmember has always been like pulling teeth, and the stars on hand at the show's Season Two DVD release party were no different.

While Evangeline Lilly looked gorgeous in a green cheetah print dress and Josh Holloway spoke openly about what he'd expect to happen on the show, neither would confirm or deny any upcoming plot details. The only promise Holloway could make: "They always add another dimension ... I'm sure they're going to expand it one more level."

Jorge Garcia spilled what he'd like to happen for his character, Hurley, saying, "It'd be cool if he maybe stepped up to be more of a leader since there are a lot of people who are gone, not around right now."

Fans can find out for themselves when "Lost" premieres October 4th.