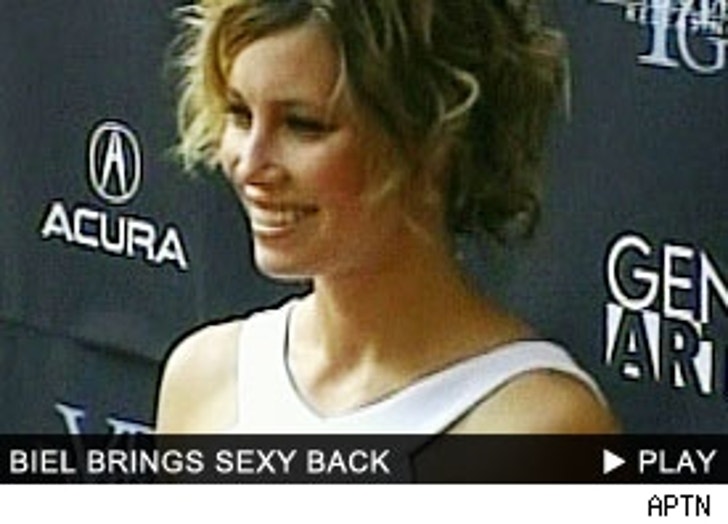 Since being crowned the "Sexiest Woman Alive" in 2005 by Esquire magazine, Jessica Biel admits that not all that much has changed for her.

"Nothing's different, I still live my life the way I always lived my life. It's extremely flattering, it's a lovely honor and it's been really really fun."

Ed Norton, Biel's co-star in "The Illusionist," was apparently unsure of her sexy status during the shoot for the film saying at the premiere, "I don't think you where the sexiest woman alive when we were making the film? I think that came after."

To which Biel replied: "I was the sexiest. I knew but I just didn't tell you."

The former "7th Heaven" star's reign is coming to an end though, with the magazine already dropping hints at who her successor will be. Biel isn't fazed though saying, "You know I'm trying to work it until someone else gets to be sexiest woman alive for the next year."

Esquire will crown the next beauty in November's issue.