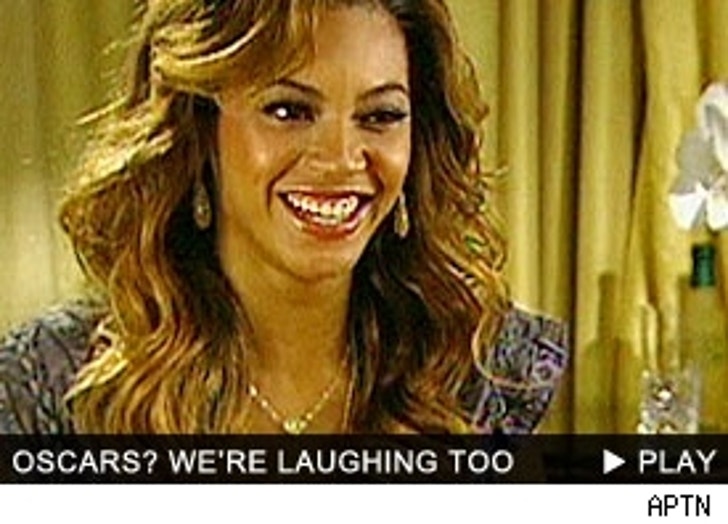 "It's a goal to have a Tony, and Oscar and a Grammy." While Beyoncé may have jumped the shark with her latest music video "Deja Vu", we won't put achieving some of those goals past her ... in time.

Something else B's in no hurry to do is settle down and have children with boyfriend Jay-Z. "I'm young, I'm 24, I'll be 25 when this album comes out, but I have time, who knows when it will happen, it could happen in a year, could happen in 5 years, but I'm in no rush."

Her latest album, "B Day" will hit record stores in early September.