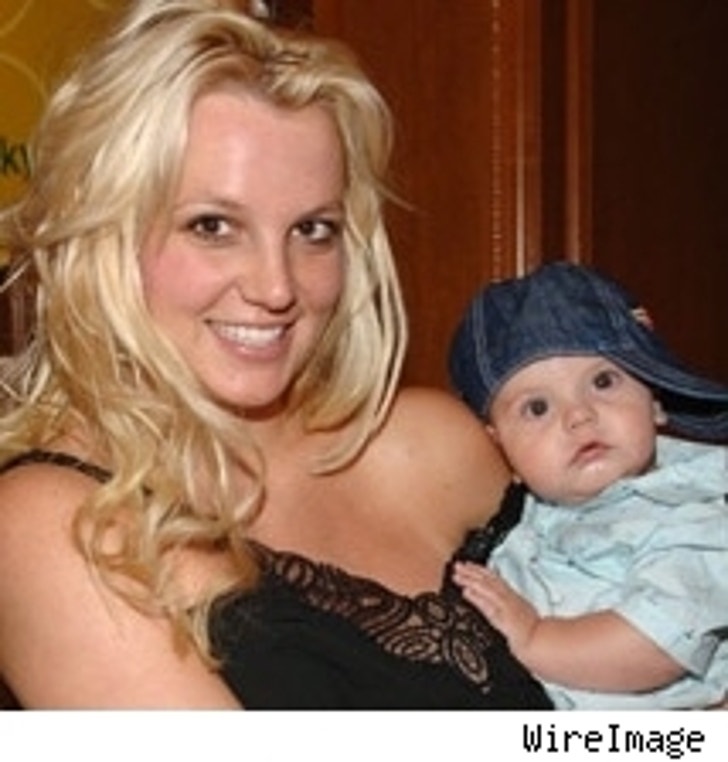 Oops! She didn't mean to do it again: Britney Spears says her second baby with Kevin Federline was an accident, and that she's "going to wait a while" to have the next one.

Meanwhile, she may have given K-Fed a Black AmEx recently, but Britney's taking away his six pet sharks in advance of the new little one's arrival.

As for the baby on the way, the eight-months-preggers pop princess says she doesn't yet know whether it's going to be a boy or a girl, according to an interview in this week's issue of People. As for how the unplanned child came to be? "It just kind of happened," she says. What's more, with 11-month Sean Preston constantly in her arms, this time around has been tough: "I feel like I've been pregnant for 10 years!"

And at this late stage in her pregnancy, Brit isn't denying herself any of the edibles she craves. "Crunching ice and chocolate, oh my God," she says. "I'll get up in the middle of the night and I'll get a Hershey's bar, the real big ones, and I'll put it in the microwave and melt it and eat it." It's unclear whether the ice and chocolate actually get eaten together.

But one thing that won't be around the Spears-Federline household any longer apparently are Kevin's six Australian gray nurse sharks, which Britney feels are a safety hazard with two tiny tots around. "Kevin loves those sharks," says "a family friend" to Life & Style magazine (via MSNBC). "He even named them. But Brit said there's no way he'd be keeping them." 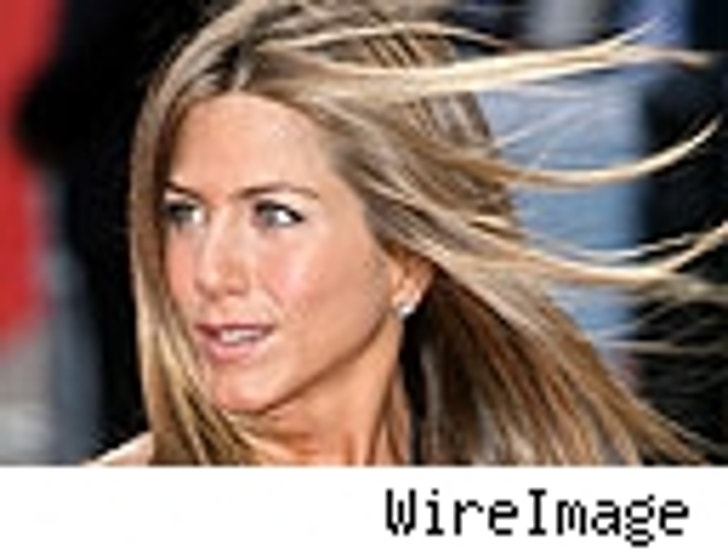 Aniston Says Engagement Talk Is "A Lot of Bull"

So now we've got Jen's side of the story: Jennifer Aniston says that she's not engaged, that she doesn't have a ring, and that she hasn't been proposed to by Vince Vaughn.

And what's really getting her upset is not so much the speculation about her prospective marital status, but that her relatives – including her Aunt Mary in Greece – are being accused of being liars, according to People. Says Aniston, "When it starts to travel over into the Today show and CNN and supposedly reliable and accurate news programs, then you just go, 'This is insane.'" Us Weekly maintains that its contention that the couple is engaged is true.

As for the relationship with her "The Break-Up" co-star, Aniston says that they're "just being. We're having a good time." 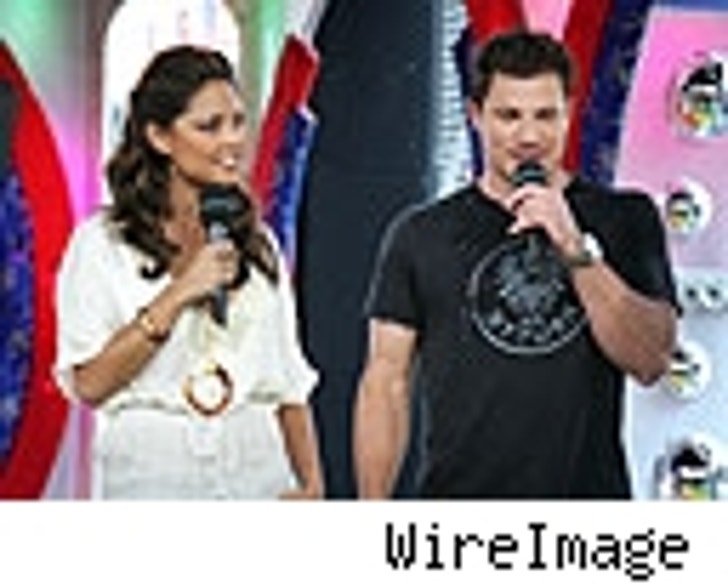 Just yesterday, former "Newlyweds" Nick Lachey and Jessica Simpson were announced as presenters at the MTV Video Music Awards, which will air Aug. 31, which presents certain interesting possibilities on the red carpet, though the likelihood of a run-in is, of course, highly unlikely. But what may make the scene at Radio City Music Hall in New York just a little more interesting is the fact that TRL host Vanessa Minnillo, Nick's new squeeze, will be doing backstage coverage for MTV Overdrive, the network's online channel. Perhaps Jess and Vaness will rap blithely on about -- who knows -- footwear and Manhattan's outdoor lunch spots?

Jack Black is slated to host the awards, and Beyonce and Justin Timberlake are amongst the artists who will perform on stage.

Beyoncé Says: Happy Birthday to Me, Screw You

Speaking of the R&B diva, Beyonce Knowles has decided not to do any promotions for her new album next month in England, she says, because of the terrorist scares at Heathrow Airport last week. But music "insiders" cited by Page Six say that the real reason is that she doesn't want to miss the big birthday celebration her boyfriend Jay-Z is throwing for her on Sept. 4, when she turns 25. Apparently the mogul-rapper is planning something lavish at his 40/40 Club in Manhattan, and Beyonce wants to be there. You can't blame her entirely: the new album is called "B'Day," after all.

Modern playboy Wilmer Valderrama is producing a comedy called "PartyBuddys" based on the life of two friends who started a company which offers civilian clients the pseudo-star treatment, with VIP treatment at clubs, fake bodyguards, and faux paparazzi. Valderrama, according to the Hollywood Reporter, may also star in the film, optioned by Universal. . .After his outrageous antics at William Shatner's Comedy Central roast last weekend, Andy Dick has been banned from next month's New York City Underground Comedy Festival unless, as a Festival rep tells Page Six, he wears "a Hannibal Lecter mask" and comes with a doctor's note stating that he's had tetanus shots. . . Just in case you've been searching for that moment from the video for "If This Is It" by Huey Lewis and The News, YouTube is trying to get record labels to allow them to post every music video ever made on their site, reports Reuters. It's negotiating for the rights but will let users play the videos for free.