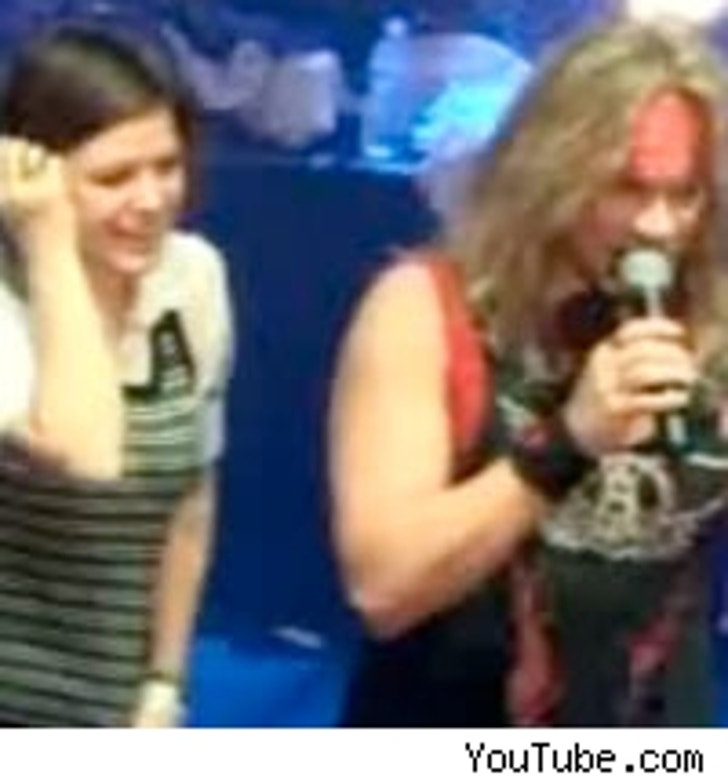 By now you have seen the profanity-laced YouTube clip floating around the net of Kelly Clarkson joining the band Metal Skool on stage in the Key Club in Hollywood the other night. The band spotted Kelly in the audience partying with her friends and unabashedly coaxed her up on stage hoping a little star power would rub off on them. A series of naughty words flowed from the microphones and Kelly kicked back some liquor before they eventually broke into a cover of Guns 'N Roses' "Sweet Child of Mine." Don't worry, the profanity all came from the Metal Skool guys doing their best Motley Crue bad boy rocker impersonations and not a single "s" or "f" bomb flew from Kelly's sweet lips. But, what if it had?

As our "American Idol" is Kelly forbidden from uttering words the rest of us no doubt do? And, is Kelly forbidden from chugging a little liquor on stage with some long haired, tattooed rockers? There's no question that Kelly and Carrie Underwood and the other Idols put out an "all-American" image that may limit their ability to party it up Lindsay Lohan style. But, I have to say I'm glad Kelly got out there and let loose a little. She's obviously a hard worker and it's not easy living up to everyone else's expectations. She deserves to get out and have a bit of fun like most kids her age.

So, good for you Kelly. Only next time, maybe actually get on stage with the real Motley Crue instead of some cheesy imitation!