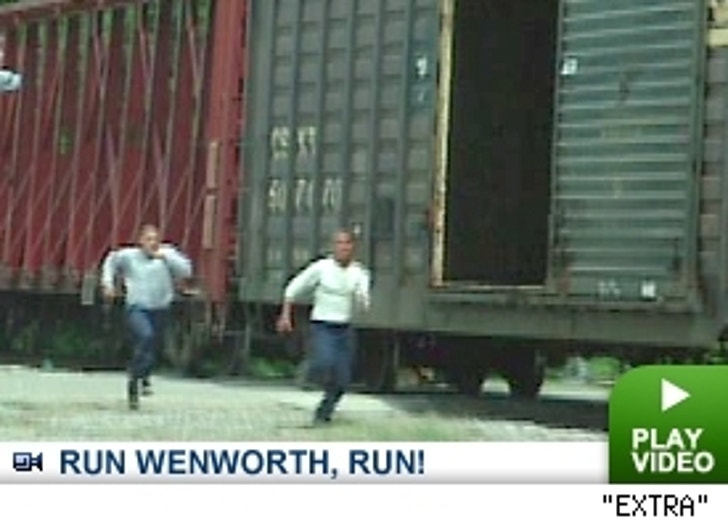 The boys at Fox River Penitentiary are over the wall and on the run as season two of the hit FOX show "Prison Break" begins. Wentworth Miller sums it up this way: "As I like to say, the break is over but the escape is just beginning."

Cameras were on the set as Miller and co-star Amaury Nolasco filmed a scene where the pair had to jump onto a moving train. The pair, along with everyone on the set, is like family, Miller says. "We're lucky that we have a cast that is so humble," Miller said. "As soon as someone gets a big head ... we make sure to take them down a couple of pegs."

We found that out later firsthand when Nolasco had a bottle of water poured over his head during an interview by co-star Peter Stormare.