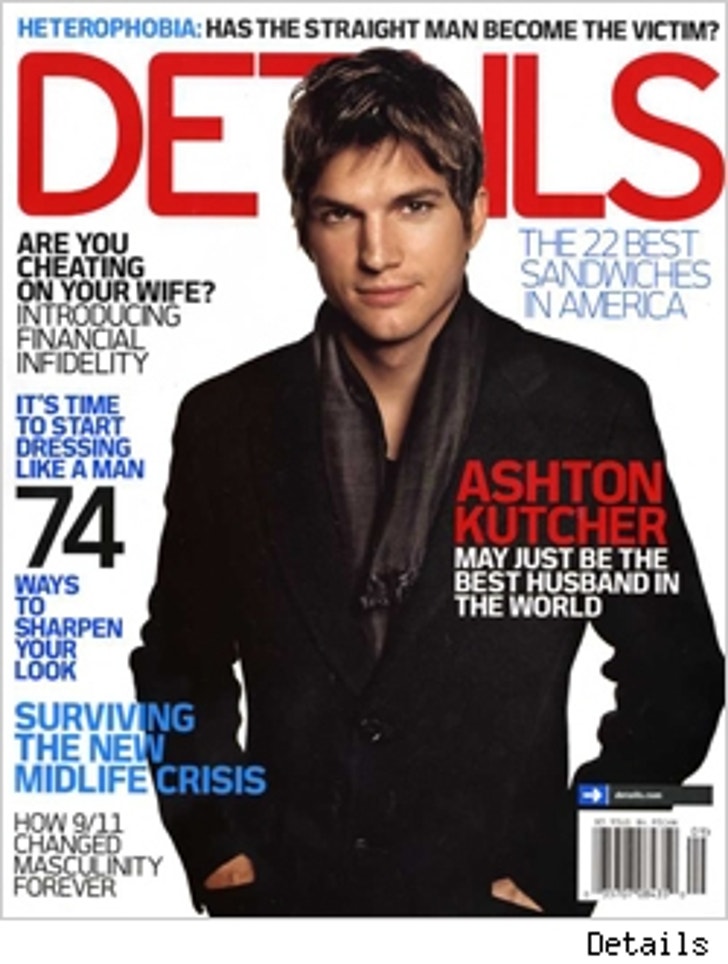 Three years ago Ashton Kutcher was living the young Hollywood life of wild nights and even wilder women. "It was so ego-fulfilling. It was retarded."

But then Kutcher met his future wife, Demi Moore, and soon became "the other Dad" to her three daughters. Kutcher doesn't miss his bachelor days and tells the new issue of Details magazine "Family life, marriage, work - it's good, man."

Like any successful marriage there is a give and take. While Moore won't go near his favorite restaurant - Red Lobster, he says she has learned to love football.

And Kutcher has learned the joy of coordinating his outfit with Moore's. "If she's wearing black, you just wear black. Matching is not her job. It's yours. You're the purse." Demi has trained him well.

With his family life going well, Ashton is now looking to break out as a more serious actor, but admits there are challenges. Regarding his less than stellar past reviews, Kutcher says "I don't necessarily think all the critics are wrong. They're watching the same movie I'm making. I don't think I'm that good."

Lighten up Ashton. Think of all the good "Dude, Where's My Car?" and "The Butterfly Effect" did for the world!