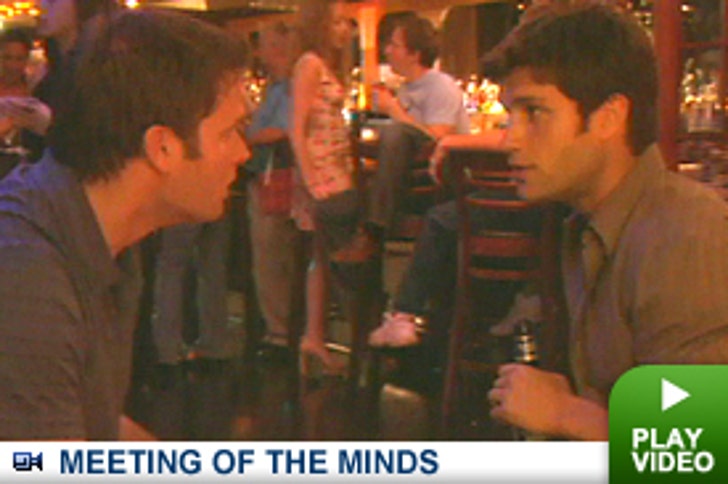 Who lives and who dies will be up in the air on tomorrow night's episode of "Rescue Me."

Last week's episode ended with Tommy's brother, Johnny, and Jerry Reilly both left in life and death situations. Johnny, a New York City cop, was shot in the back while on a stakeout. Jerry suffered an apparent heart attack after having sex.

Both situations will weigh heavy on the mind of the show's main character, Tommy Gavin, played by Denis Leary. His relationship with his brother has been tumultuous all season (which is to be expected when your brother sleeps with your ex-wife). Meanwhile, you have to wonder how the loss of Chief Reilly would play into Tommy's decision about whether or not to retire and start over with Sheila.

But enough with all the serious stuff. In this clip from tomorrow night's show, Sean is pissed at Mike because since Mike has discovered his bisexuality, it allows him the opportunity to hit on both men and women.

"Rescue Me" airs Tuesday night at 10PM on FX.