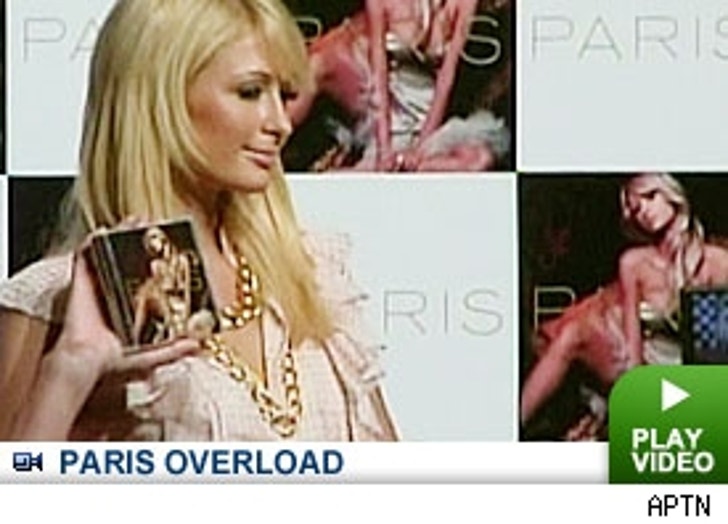 After spending most of her weekend promoting her debut album Stateside, Ms. Hilton flew to Japan to start peddling the disc over there.

Hilton has been working overtime building up the album, even telling Blender magazine it's so good it makes her cry, and at a presser today she boasted that every song is worth listening to.

While over-hyped, her album will probably fare well, considering that the first single "Stars are Blind" is already hovering near the top of the Billboard dance music chart.