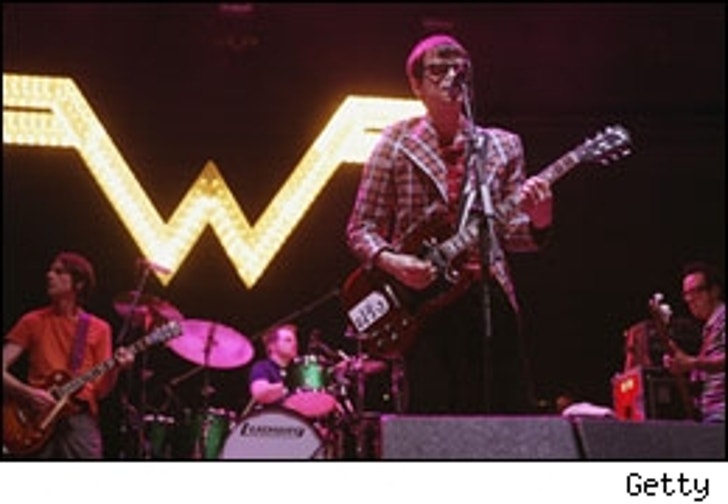 We, like many outlets, reported the statements by Weezer frontman Rivers Cuomo last month that seemed to indicate that Weezer was no more. At the time, Cuomo said:

"Really, for the moment, we are done. I'm not certain we'll make a record again, unless it becomes really obvious to me that we need one done."

Being an astute observer of musician behavior (note to certain regular commenters: I'm being sarcastic in saying that), I predicted that there was no way Weezer would not play together again. The band proved me correct. On their website, they posted the following missive:

"...A Public Service Announcement from the weez: We right here! (except for Pat who's on a family vacation right now) this PSA has been brought to you by the fine guacamole dip at Scott Shriner's house, co-sponsored by a ring of fine cheese, and a dish of fresh figs from the back yard. Now please, take those "weezer split?" headlines and place them firmly into the "Don't believe the hype" bin. And have yourself a fine afternoon now. "

Alrighty then. Just what is next for these guys is unclear, but it looks like retirement is not in the cards for the kings of geek rock. Of course, Weezer founder Cuomo has apparently gone without sex for three years so don't rule out not seeing new stuff from these guys until 2010!