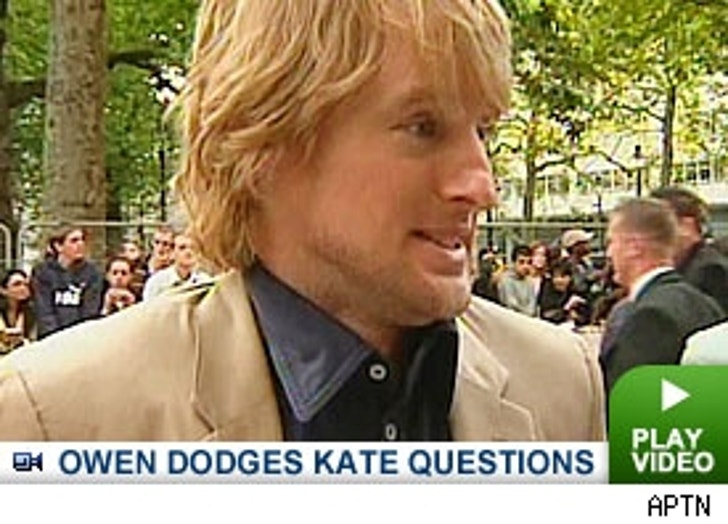 With Kate Hudson absent from tonight's UK premiere of "You, Me and Dupree," co-stars Owen Wilson and Michael Douglas were bombarded with questions about the newly separated actress.

While speaking of a co-star's well-being would normally be tough as it is, Wilson had an even more daunting task of avoiding questions regarding a rumored affair he had with the blonde actress.

Owen didn't offer much to probing reporters saying, "I assume she's in California ... I think she's doing fine, yeah" before moving down the arrival line.

Meanwhile, Michael Douglas offered his sympathy for the actress saying, "Chris Robinson is a great guy and she is and I wish them well. They've got a young child and they'll do the best they can."