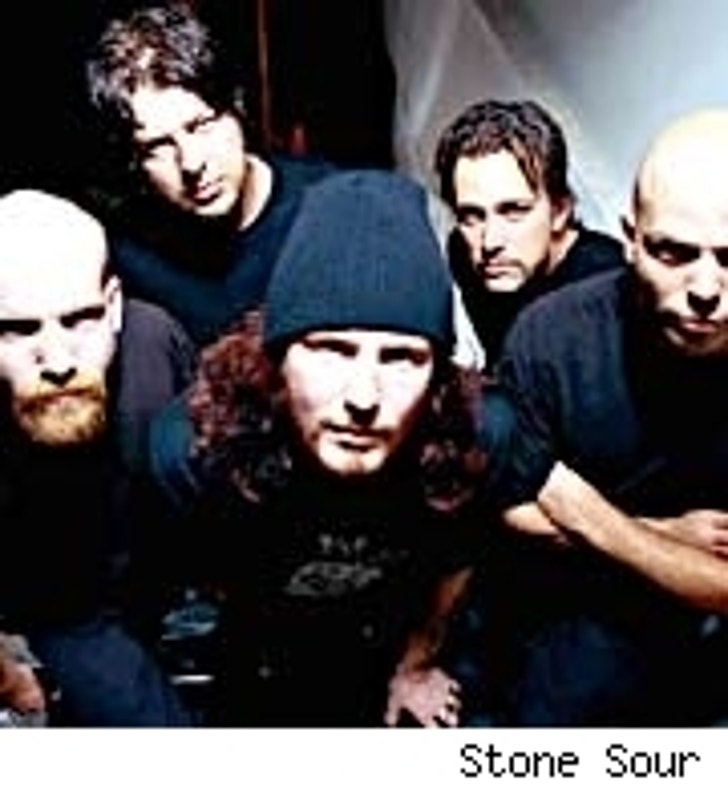 If you like your music a little harder than the fluff put out by the pop queens we love to cover here on TMZ for their off-stage shenanigans, then you'll probably be very familiar with Stone Sour. If you're not, these rockers feature Corey Taylor and James Root of Slipknot fame.

Taylor is not only anxious for fans to hear his new music, but also maybe see a bit more of him than he reveals in Slipknot. "As soon as the fans hear this new record, they'll see it's different from anything that we have ever done," says Taylor. "It gives me a chance to do the singing I love to do, they type of singing I down when I'm walking around my house." Taylor also adds "With Stone Sour, I loosen up and show more of myself."

Some fan will get up close and personal to see for themselves. The band is looking to make a lucky fan very happy by giving away a trip to Florida to see them play with Korn, Deftones and others at the West Palm Beach stop on the Family Values Tour. The winners get round trip airfare for themselves and a guest, 2 nights in a hotel, show tickets and backstage passes to hang with the band.

You can enter here, but if you go, watch yourself in the pit!